Predicting wide receiver breakouts has become an essential part of winning fantasy football championships. Last year it was Allen Robinson who broke out and won fantasy leagues, this year I believe it will be Stefon Diggs.

Corey Coleman, Kevin White, and Sterling Shepard are all being drafted ahead of Diggs. Let’s see how the competition stacks up. 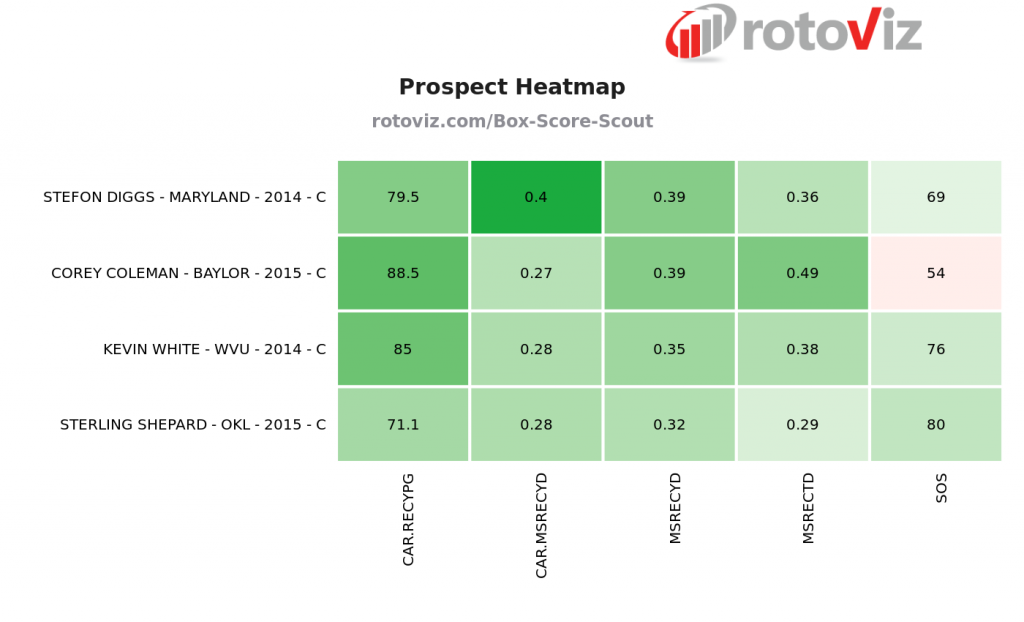 Amazingly, Stefon Diggs had 42% of Maryland’s receiving yards and 39% of their receiving touchdowns as a true freshman. Stunning for an 18-year-old and a great indicator of future success.

According to the Minneapolis Star-Tribune, Stefon Diggs has been “by far the most impressive offensive player” at Vikings camp.

Here’s a one handed catch from Diggs in practice:

Diggs has the collegiate and rookie year production necessary to take a big leap forward in his second year. With an average draft position of WR44, he’s a clear value in fantasy drafts.