When analyzing fantasy football, we’re always looking for players who are undervalued by the market. In this article, I will provide drafters with tight ends who appear to be value picks at their current MFL10 average draft position.

While many feel like they have been disappointed by Zach Ertz, he continues to be undervalued. While he’s often inconsistent, Ertz finished 3rd in tight end per game scoring last season. The typical Ertz season involves struggling out of the gates and dominating the 2nd half of the season. 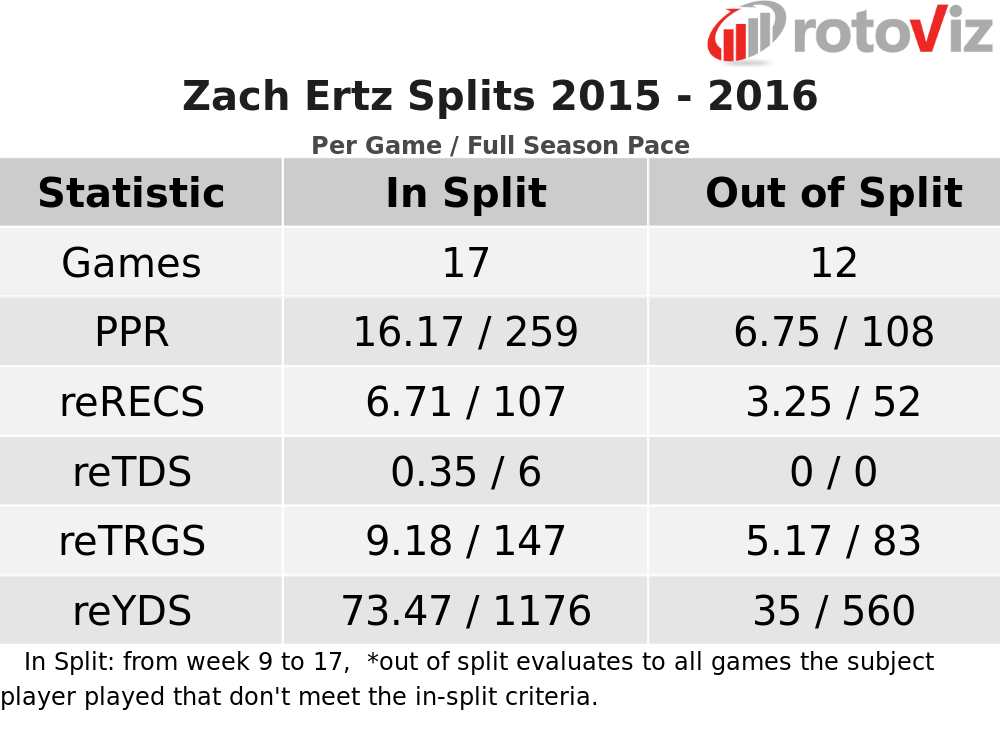 Ertz out-targeted Graham by 11 in two fewer games and outscored him by 1.1 PPR points per game. Graham was more efficient and is a great player but suffers from the Seahawks’ volume of pass attempts. Obviously, Graham has shown immense upside with the Saints but the Seahawks don’t produce the attempts necessary for him to erupt. You can draft Ertz, who should see more targets and produce similarly, three rounds later.

The Philadelphia Inquirer calls Ertz “probably Wentz’ favorite target this spring.” Despite missing two games and still finishing last season as TE6, Ertz is being drafted as TE11. I selected him in the 9th round of the Apex Expert Writers League.

For those who follow my writing closely, you know I love Eric Ebron. His production and efficiency have risen every year and he’s still just 24 years old – before the age that tight ends typically break out.

To find out when tight ends peak, I looked at the ages of every TE since 2000 who had at least 60 receptions for 700 yards and six touchdowns. Here is a distribution graph of the ages. 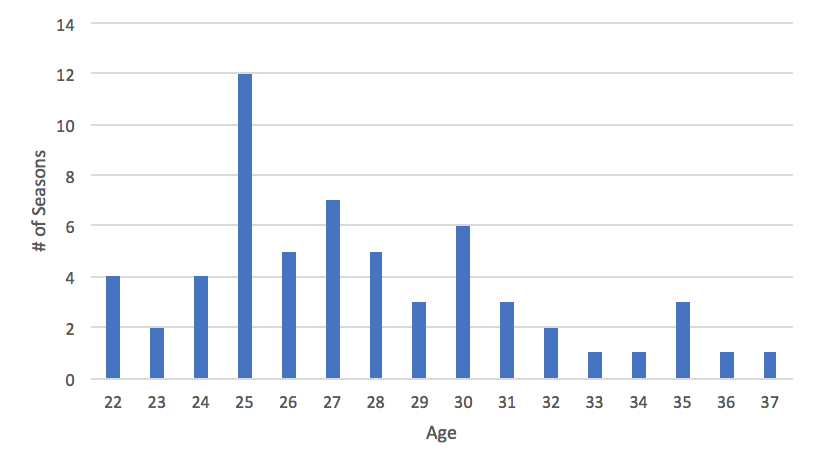 An astonishing 20 percent of the seasons happened at age 25. Ebron turns 25 next April. Those who feel they have been burned by Ebron, were expecting too much too soon. It is rare for tight ends to splash before turning 25.

Regardless, Ebron has had incredible production. Ebron is one of 12 tight ends since 2000 to average at least 50 receiving yards per game before turning 24 years old.

Being drafted as TE12, Ebron finished 12th in per game scoring out of tight ends last season. At the very worst, you’re drafting him at his floor. His chances of improving, however, are very good.