Which Fantasy Football Players Were the Most Valuable in 2017?

As a fantasy football player, it’s important to go back and evaluate results from previous seasons. One of the best questions to ask: who were the league-winning selections from the previous year? Let’s answer that question for the 2017 season.

To evaluate who returned the most value, it’s critical to evaluate players not just based on total fantasy points but in direct comparison with their position. For example, although Ben Roethlisberger outscored Rob Gronkowski, it doesn’t mean that he’s the superior fantasy asset. Generally speaking, quarterbacks are going to outscore tight ends, so we need to evaluate how much more (or less) Big Ben scored compared to the average quarterback.

For how many players to average at each position, I used Fantasy Douche’s baselines for Apex’s scoring. Apex features PPR Scoring and weekly lineups of QB, 2 RB, 3 WR, TE, Flex, K, and D. Defense and kickers were not included in this study. Below are the number of players averaged and the average scores for each position.

Even when comparing players with their position, there is still the question of whether to measure them by points per game or for the entire season. The chart below is sorted by Points Above Average Per Game to give us the opportunity to fairly rank players who missed time due to injury. I also included a column for Points Above Average for the season under “PAA S”.

Another big part of figuring out who returned value is average draft position (ADP). The cost of the players is a big part of how much value they can return. Players like Alvin Kamara, who are drafted late and produce as a first-round pick are league winning players. I have included Fantasy Football Calculator’s ADP from the beginning of September on the table below. Players who were undrafted were given an ADP of 175.

It’s clear that Todd Gurley was 2017’s MVP – averaging 12.65 points above average per game, and he didn’t even require a first-round selection. Teammates and first-round picks Antonio Brown and Le’Veon Bell round out the top three.

DeAndre Hopkins had an incredible bounce-back campaign after a disappointing 2016 season. He was helped by Deshaun Watson who was stunningly providing first-round value per game at quarterback. Watson would have likely been a league winning player had he remained healthy.

Ezekiel Elliott was unsurprisingly extremely productive when active, providing the 5th most value per game. Unfortunately for his owners, his season was limited due to his six-game suspension.

Previously mentioned Kamara was electric as a rookie, finishing as the 4th best running back on a per game basis. He would likely move up in the per game rankings if his average only included games after Adrian Peterson was traded.

Although he only played four games, Odell Beckham Jr. was his normal self when healthy – finishing as the third best wide receiver on a per game basis. He’s safe to draft as a WR1 again in 2018.

Rob Gronkowski and Travis Kelce both provided enough points above average to finish with first-round grades. Both provide owners with a big weekly positional advantage at the tight end position.

Although his ADP is high on our chart (due to the timing of the September drafts), Kareem Hunt was fantastic as a rookie. Providing many in early drafts with a league winning pick outside of the early rounds.

Russell Wilson and Carson Wentz provided nearly identical per game value, finishing 25th and 26th – the big difference is where they were drafted – 64th and 132nd on average, respectively. 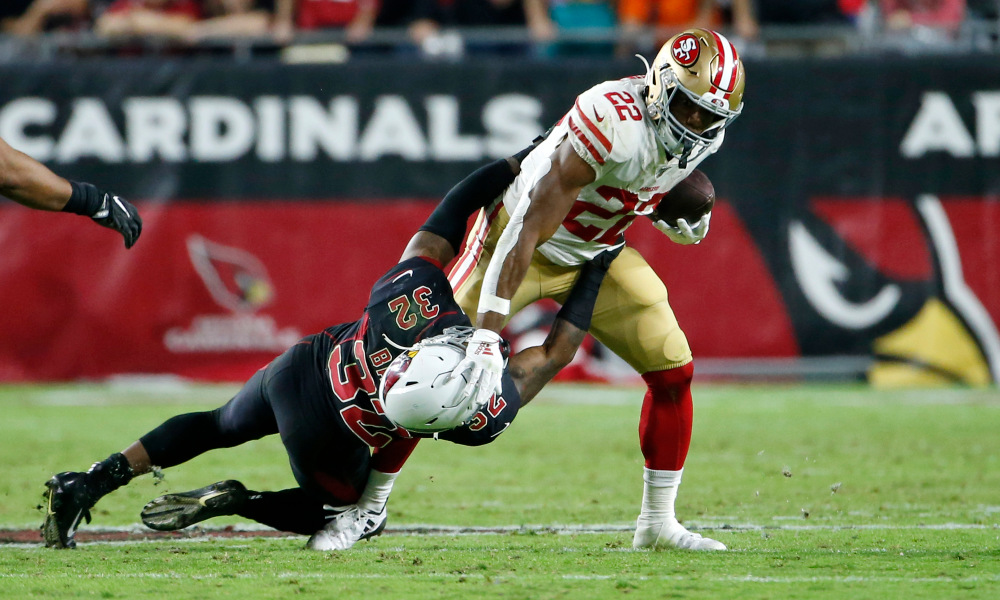