Which Fantasy Football Players Were the Most Valuable in 2018?

To improve as a fantasy player, reflective analysis is an important aspect of the game. Hubris does us no good – only objective evaluation. Reviewing results from the previous season can help you learn positional value trends and help you learn about the fantasy landscape heading into 2019.

To decide who provided the most value last season, it’s important to evaluate players in direct comparison with their position – not by comparing their total points.

For example, although Dak Prescott outscored Travis Kelce in pure points, it doesn’t mean that he’s the superior asset. Generally speaking, a quarterback who starts the entire season is going to outscore a tight end – therefore, we need to evaluate how much more (or less) each player scored compared to the average at their position.

For how many players to average at each position, I use Fantasy Douche’s baselines with Apex’s lineup and scoring settings. Apex utilizes PPR Scoring and weekly lineups of QB, 2 RB, 3 WR, TE, Flex, K, and D. Defense and kickers were excluded from this study as they generally maintain little year-to-year predictability.

Below are the number of players averaged for each position and their averages per game and for the entire season.

Even when comparing players by position, there is still the question of whether to compare them by points per game or for the entire season. The table below is sorted by Points Above Average Per Game (“PAA PG”) to give us the opportunity to fairly rank players who missed time due to injury. I also included a column for Points Above Average for the entire season under “PAA S”.

Another vital part of figuring out who was the most valuable is how expensive each player was in terms of draft capital – in other words, their average draft position (ADP). The cost of a player is a big determinant of how much value they can provide. Players like Patrick Mahomes, who are drafted at an inexpensive cost and produce at a high level, are league winning players.

For this reason, I have included Fantasy Football Calculator ADP from the beginning of September on the table below.

The top five players in Points Above Average Per Game were running backs. It’s likely those five and Ezekiel Elliott will be the first players off the board in 2019 fantasy drafts.

Todd Gurley dominated while on the field, outscoring the running back average by 12.21 points per game. Unfortunately for his owners, he missed the fantasy football championship in Week 16.

Saquon Barkley and Christian McCaffrey were unreal, barely leaving the field and providing a consistent weekly advantage. Alvin Kamara began the season on fire but slowed after the return of Mark Ingram. Kamara could again see workhorse usage if Ingram finds a new home in free agency.

Davante Adams was one of 2018’s most consistent players – catching a touchdown or topping 100 receiving yards in 14 of 15 games. Heading into 2019, Adams is locked in as Aaron Rodgers’ top target and could be the first wide receiver off the board.

Tyreek Hill outperformed expectations and finished as the top fantasy wide receiver in scoring for the entire season. He’ll be a more expensive commodity entering 2019 as Patrick Mahomes’ top weapon.

Travis Kelce provided huge value for his owners. With the tight end positional average at 11.21 fantasy points per week, Kelce was scoring 18.41 fantasy points per game. His owners had a huge weekly advantage. According to this study, Kelce was the 8th most valuable player in fantasy football for the entire season.

It’s only fair to mention Zach Ertz and George Kittle, who also provided their owners with a weekly advantage at one of fantasy football’s shallowest positions. Outside of those Kelce, Ertz, Kittle, and Eric Ebron, the tight end position was largely an unpredictable gamble at best and a wasteland at worst.

Even with Mahomes producing the best quarterback season in NFL history, he finished as just the 17th most valuable player per game. Even though he looks like one of the best ever, it’s likely he’ll at least partially regress to the mean next season (see Watson, Deshaun).

Don’t fall asleep on Cooper Kupp or Will Fuller, they may come with favorable discounts in 2019. Obviously, both had season-ending injuries but Kupp was 14th and Fuller 21st out of wide receivers per game. 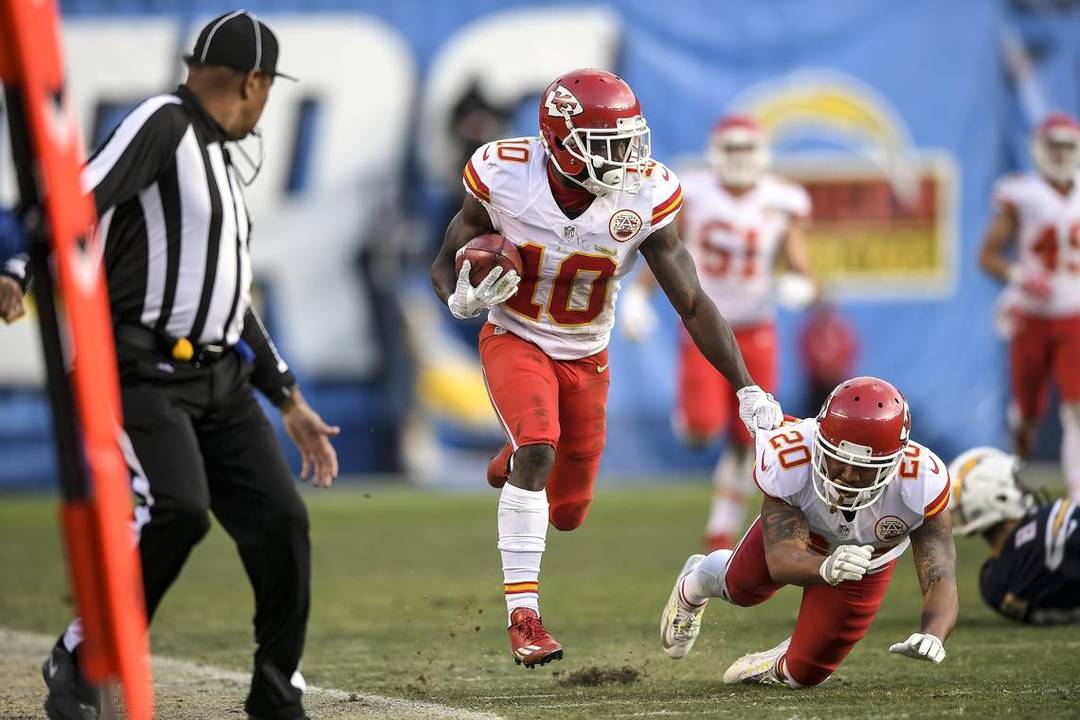