When Do Efficient Rookies Become WR1s?

If you haven’t read my previous articles, I use 245 PPR points as the threshold of a WR1 season.

Here’s the breakdown of when they first became a WR1.

All four rookies to hit a WR1 season went on to have multiple WR1 seasons afterward (100% and 3.5 WR1 seasons averaged amongst them and still counting).

Excluding JuJu Smith-Schuster, 6 of the 9 second-year breakouts had multiple WR1 seasons (67% and 3.2 WR1 seasons per player).

Excluding the recent additions of Cooper Kupp, Chris Godwin, and Kenny Golladay, 3 of the 7 third-year breakouts had multiple WR1 seasons (43% and 1.7 WR1 seasons per player).

Excluding DeVante Parker, 2 of the 6 fifth-year breakouts had multiple WR1 seasons (33% and 1.6 WR1 seasons per player).

Right away it becomes clear: if a player was efficient as a rookie and hasn’t progressed to become a WR1 by their 5th season, then it is very unlikely that they ever become a WR1 at any point in their career.

What if we look at their age to help us determine when these players become a WR1?


We see that the most breakouts happened at age 25.

Mike Evans is the only player to become a WR1 in his age-21 season. He has gone on to produce two more WR1 seasons since then.

Excluding Kenny Golladay, Cooper Kupp, and DeVante Parker, neither of the two players to break out as a WR1 at age 26 had another WR1 season.

While some of this is likely due to a small sample, it is interesting that not only did the 23 and the 25-year-old age groups have the highest number of WR1 breakouts, but they also averaged the most WR1 seasons amongst any age cohort. 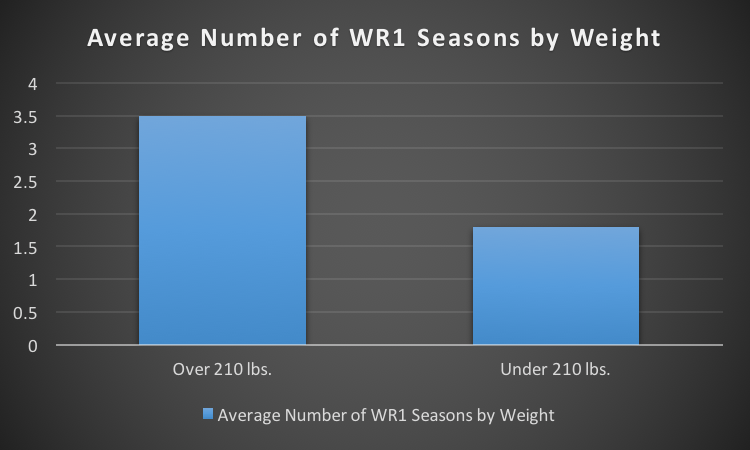 It is interesting, but also not shocking that when we look at weight, the heavier players had double the amount of WR1 seasons than their lighter counterparts.

In summary, the best bets to be superstars are players who become a WR1 at or before age 23 and in their first or second year and weigh over 210 lbs. Those receivers are basically a lock to not only have at least one more WR1 season but to become a perennial WR1.

Josh Gordon is the only player to have hit these marks and not have another WR1 season but had he stayed on the field he likely would have hit it again. This screams that JuJu Smith-Schuster is somebody we should absolutely be buying coming off a down season, as he hit a WR1 season at age 22 in his second season and weighs 215 lbs.

How efficient were these WR1s the season before they broke out?

Efficiency Prior To WR1 Season 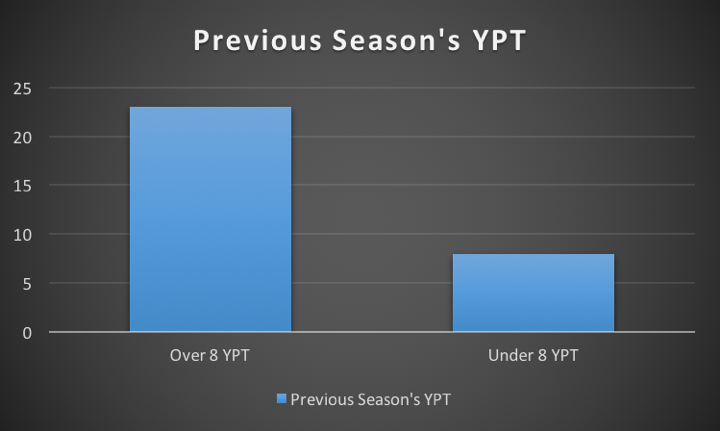 Excluding the four rookie WR1 breakouts, there were 31 players to sample from.

Since we are studying only efficient rookie WRs here, naturally all the second year WR1 breakouts were efficient in Year 1. 10 out of 10 players hit that mark (100%).

Of all third-year breakouts, 7 out of the 10 were also efficient in their second season (70%). It should be noted that TY Hilton was at 7.8 YPT and if we use the same 7.7 YPT threshold from the inefficient rookies then he would count as an “efficient season.”

This just confirms how important efficient seasons are for the future of a wide receiver. It’s important that we use this as part of our process to see which players are likely to become WR1s. If a player is efficient in both Years 1 and 2, then he becomes more likely to hit a WR1 season.

Be on the lookout for Part 2, where I’ll explain which current players fit the profile of a potential WR1 breakout. 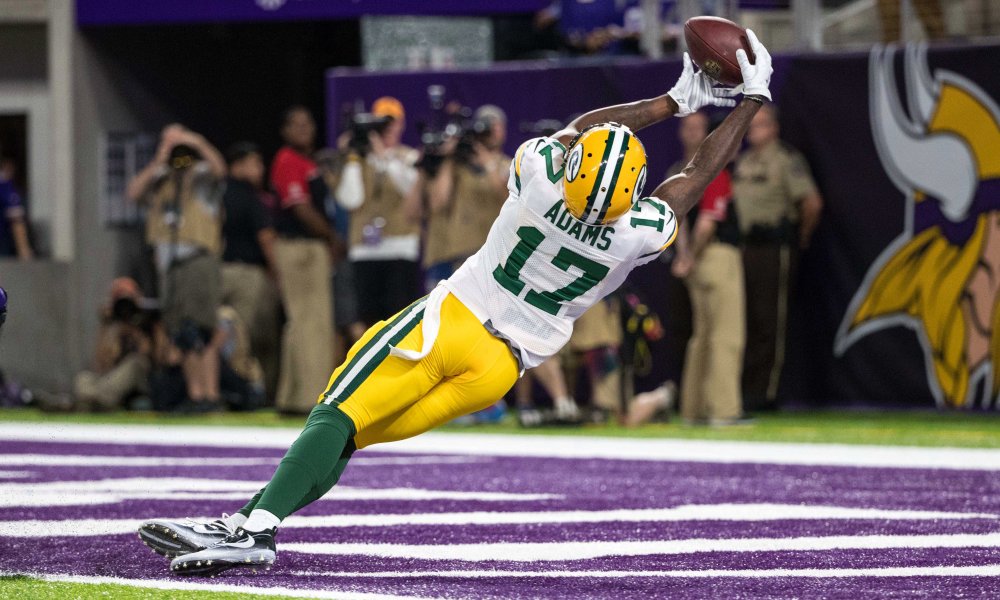 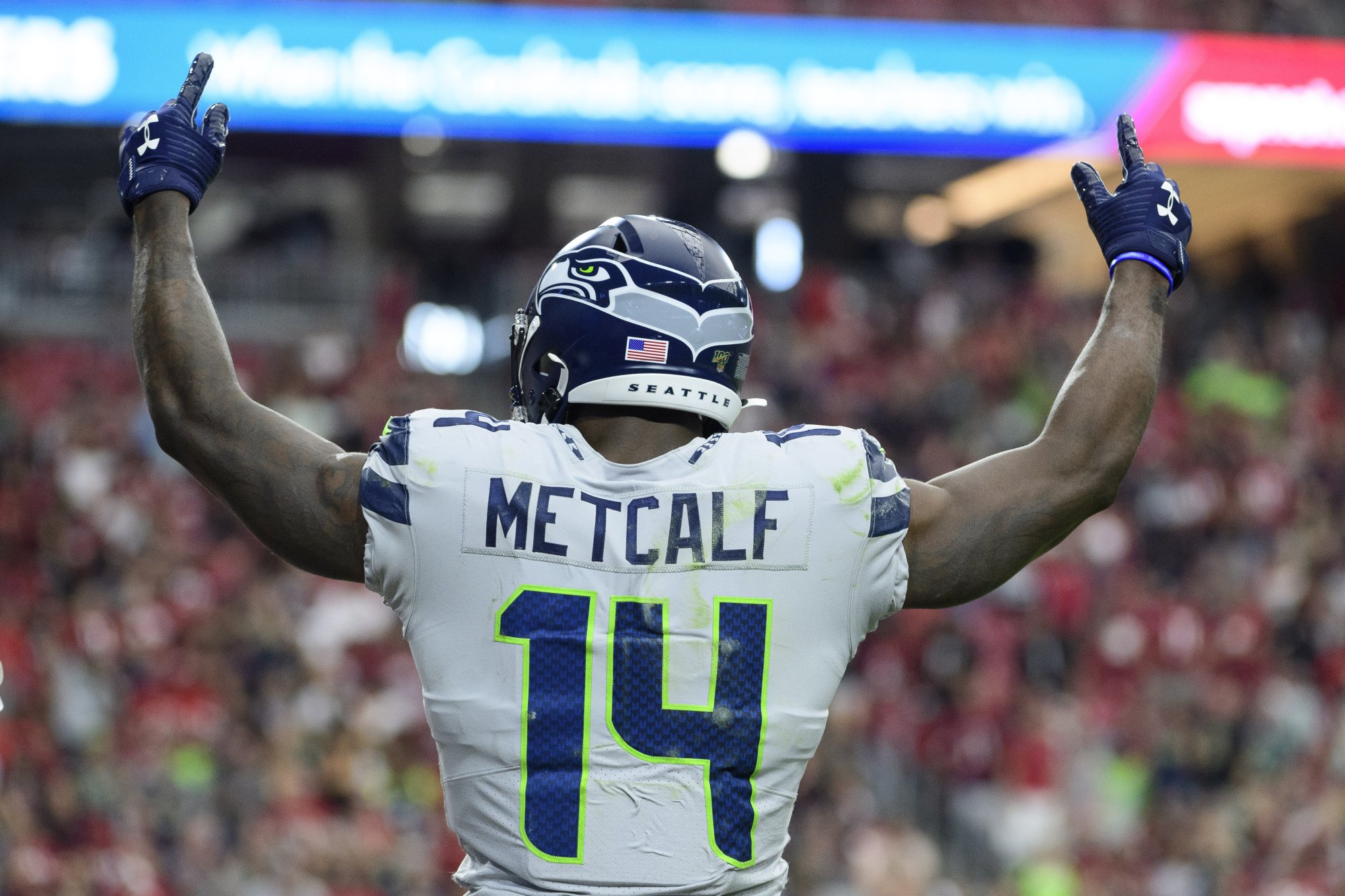 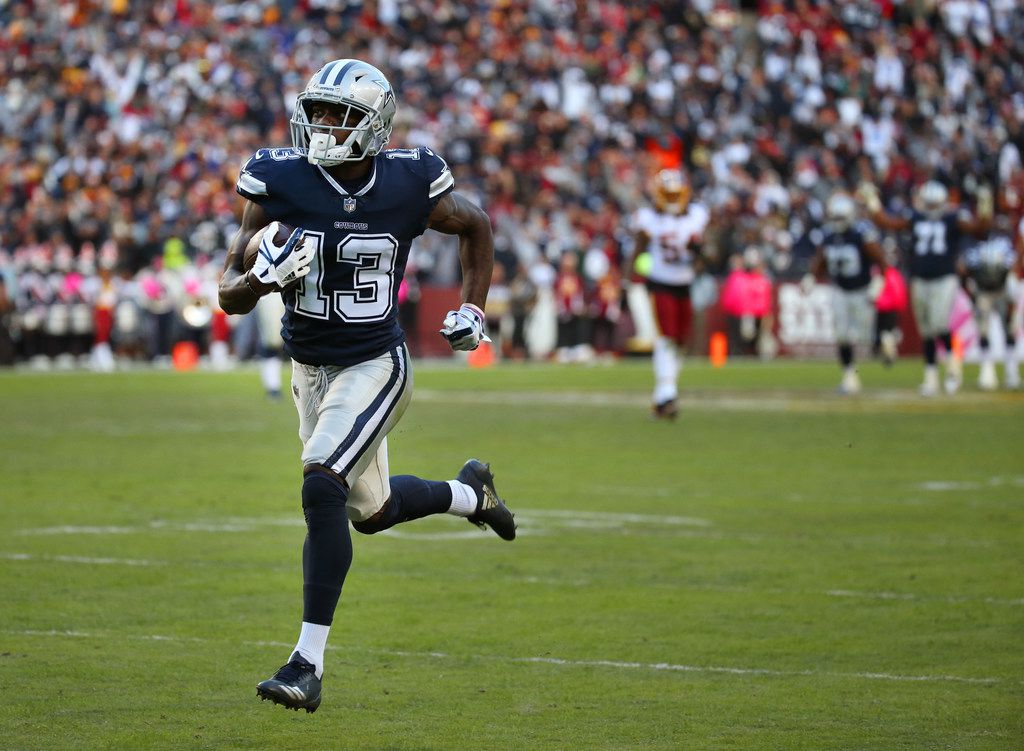