While training camp updates from beat writers are sometimes fools’ gold, they can also provide a glimpse into 2021’s potential breakout stars. Here are a few storylines that are likely to affect your rankings.

All Aboard The CeeDee Lamb Hype Train

We’ve known for a while that promising rookie wide receiver campaigns often lead to major sophomore breakouts, and that starts as early as in training camp. You may remember the buzz around D.K. Metcalf and A.J. Brown last year, and CeeDee Lamb is receiving the same treatment at the Cowboys’ training camp.

Apparently, “there is a significant gap between Lamb and everyone else” according to beat writers in Oxnard covering the team. He has been making highlight-reel catches day in…

Cowboys WR CeeDee Lamb was out of bounds on this play, but that’s not really the point. Absurd ball skills. Video from today’s practice via @dallascowboys. pic.twitter.com/QTiOL8wnvr

CeeDee Lamb is a superstar. https://t.co/ioY6qNpwBP

The fantasy football community has been well aware of his potential to dominate on what projects to be one of the league’s top passing offenses. Take a look at how his ADP has skyrocketed since mid-July: 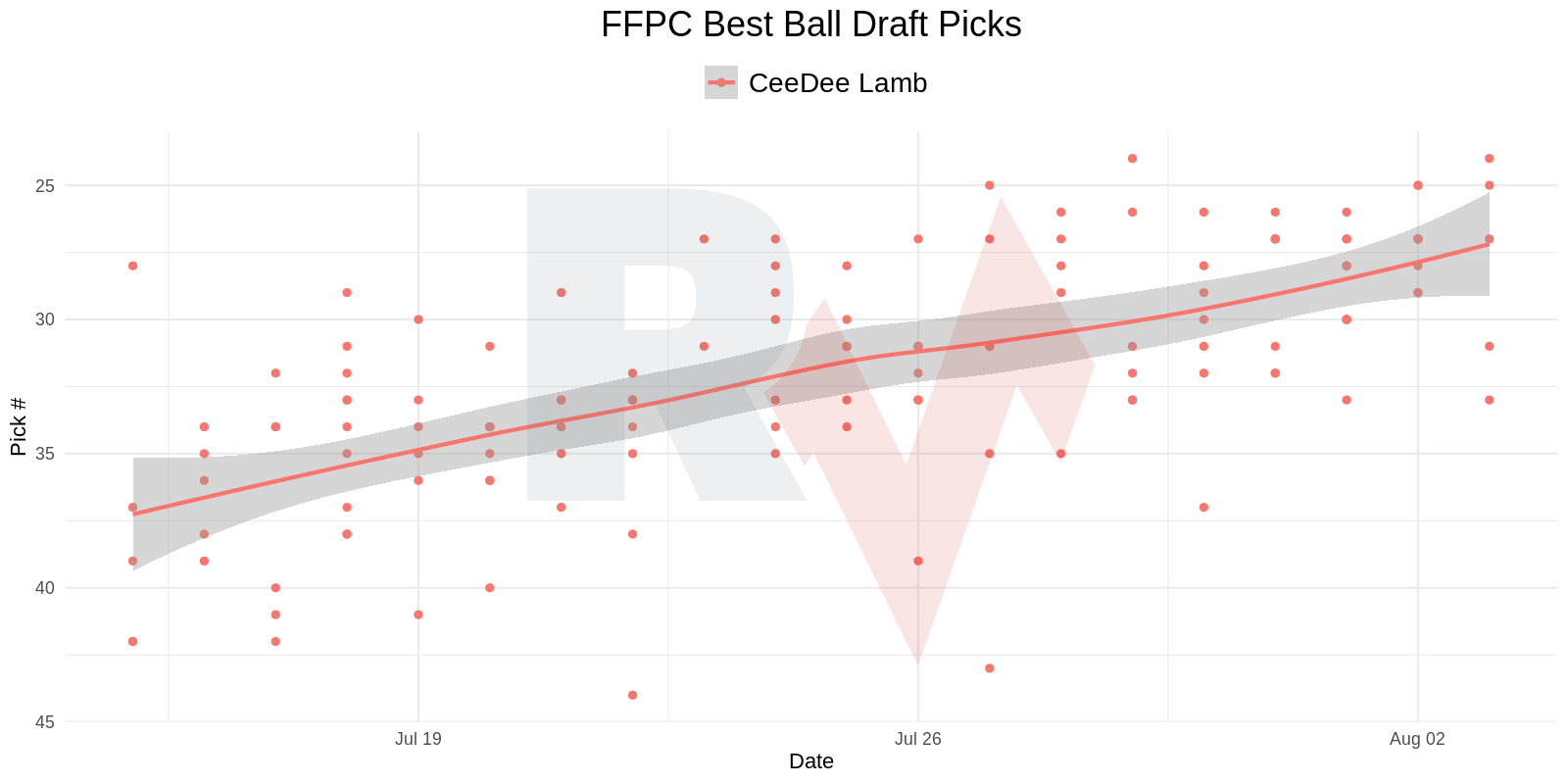 The craziest part? The hype may well be warranted. Amari Cooper is still limping from his offseason ankle procedure, and Dak Prescott is on track to be ready for Week 1 despite a shoulder strain. The sky is the limit for the best wide receiver prospect in the 2020 class who, despite having to deal with Andy Dalton and Ben DiNucci, somehow finished as a top-24 option in 2020.

He had at least five catches in every game Prescott was healthy last year, and is now moving all over the formation after being solely a slot receiver in 2020. He looks primed to be a top-10 option in fantasy leagues this season, and you may have to pay as much as a late 2nd round pick to acquire him. Lamb has simply monopolized the Dallas training camp.

A Philosophical Change In Seattle?

For years, the fantasy football community has been begging the Seahawks to “let Russ cook” and put together a fast-paced, pass-heavy offense. And every year, no matter how high hopes end up soaring, they regress into a run-heavy, slow attack. During the first half of 2020, we thought he had won. But the movement ground to a halt soon afterward. 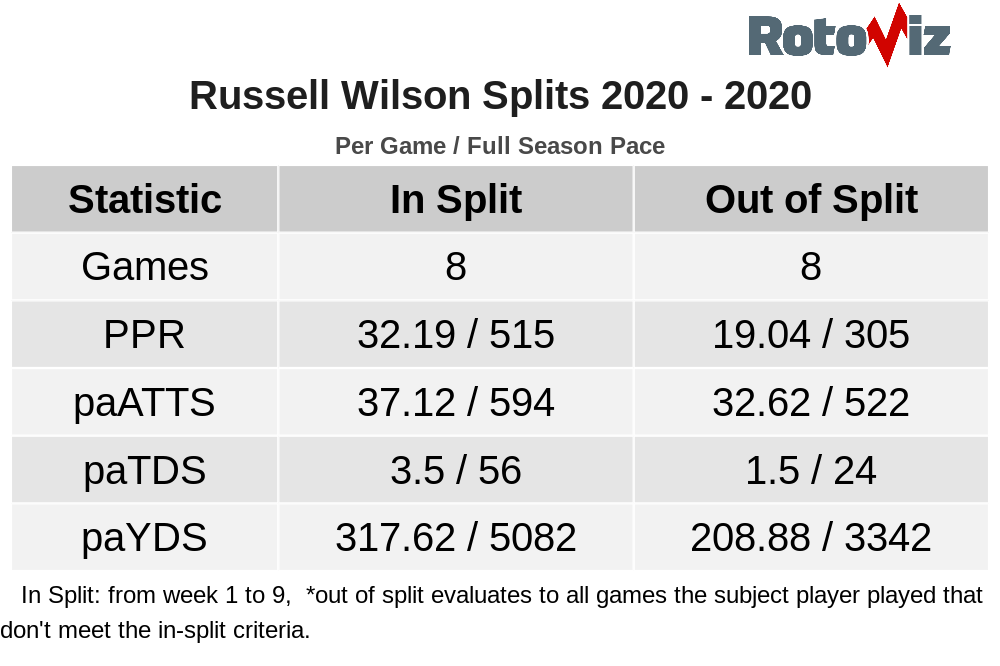 Almost impossibly, Wilson turned from the QB1 in Weeks 1-8 to the QB20 the rest of the way. There are still reasons for hope, however, and they lie with their new offensive coordinator Shane Waldron.

Waldron spent his previous four years under fast-paced guru Sean McVay, and instituting Russell Wilson into a Rams-like offense would mean a plethora of fantasy points.

Their offseason moves (no notable RB additions and the loss of Carlos Hyde, injecting pass-blocking talent into their OL, drafting D’Wayne Eskridge in the 2nd round) and training camp themes are all pointing towards a similar direction.

Last year’s “Dr. Jekyll and Mr. Hyde” act still produced two top-8 wideouts who combined for 261 targets and 183 receptions – any increase on their 22nd ranked pace and mediocre pass-rate would raise the already-high floors and ceilings of Metcalf and Lockett.

Currently going in the 2nd (WR6) and 5th (WR21) rounds respectively, Metcalf possesses monster WR1 upside but isn’t quite the bargain that Lockett currently represents. Regardless, both are great selections in any format at their ADPs.

Kyle Shanahan’s “plans” must have changed rapidly, because not even 24 hours after saying that the team “doesn’t currently have plans to give Trey Lance first-team reps”, this happened:

Our own Mike Braude wrote an excellent piece explaining why Trey Lance is 2021’s arbitrage Lamar Jackson and plays like this explain why:

It is important to stress that Kyle Shanahan hand-picked Lance to run his offense due to his mouthwatering upside as a potentially elite running quarterback who thrives on the deep ball – two known avenues to fantasy QB nirvana. They’re already using him in multiple zone-reads and designed runs.

We’ve gone from Shanahan claiming there is no quarterback competition (a position he’s publicly held since the draft) to Lance taking a first-team rep in week one of training camp. It’s only a matter of time before he makes starts in 2021, and you aren’t going to want to miss out on the party when he does.

With a very affordable (but surely fast-rising) ADP (11th round, QB17), now is the best time to make him your fantasy team’s QB2.