Nothing scares fantasy owners quite like injuries. It often allows risk-taking owners to draft a player at a discount. Despite constantly dealing with nagging injuries, Alshon Jeffery dominated in 2015. If he can stay healthy, Jeffery can finish as a top five wide receiver in 2016.

It’s clear that the injuries affected Jeffery’s play. If we only include games that he played at least 55% of the Bears offensive snaps, Jeffery had a spectacular season. 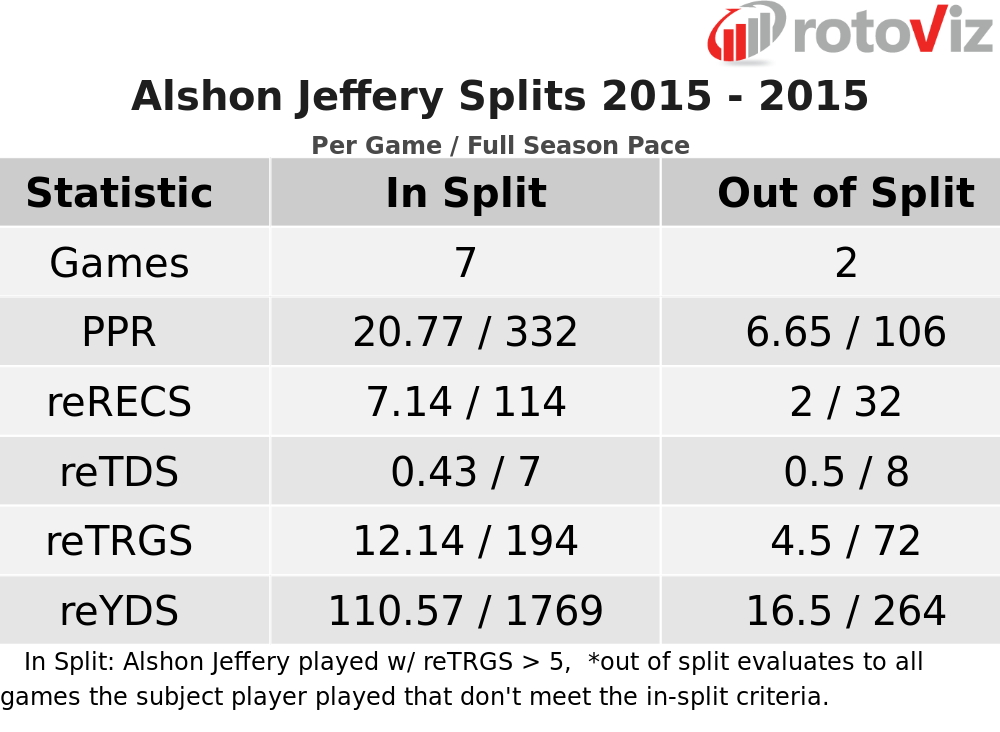 Is This Pace Sustainable?

With Matt Forte, the Bears were one of the league’s most run-heavy teams last season. Without Forte, it’s likely that they could pass more frequently in 2016.

In terms of pass-catchers, the Bears lost their two most targeted players behind Jeffery – Martellus Bennett and Forte. Those two combined accounted for 138 targets. While Kevin White will return, it could be beneficial for Jeffery to have another playmaker drawing attention.

We know Jay Cutler has a tendency to lock on to his top receiver. We saw it last year with Jeffery but we’ve also seen it in the past with Brandon Marshall. Only 21 players have been targeted more than 180 times, Marshall accounted for two of them. He saw 181 targets in 2008 (the most ever recorded in 15 games) and 192 targets in 2012.

If Cutler was willing to target Marshall that much, he shouldn’t hesitate to target the more efficient Jeffery as frequently. 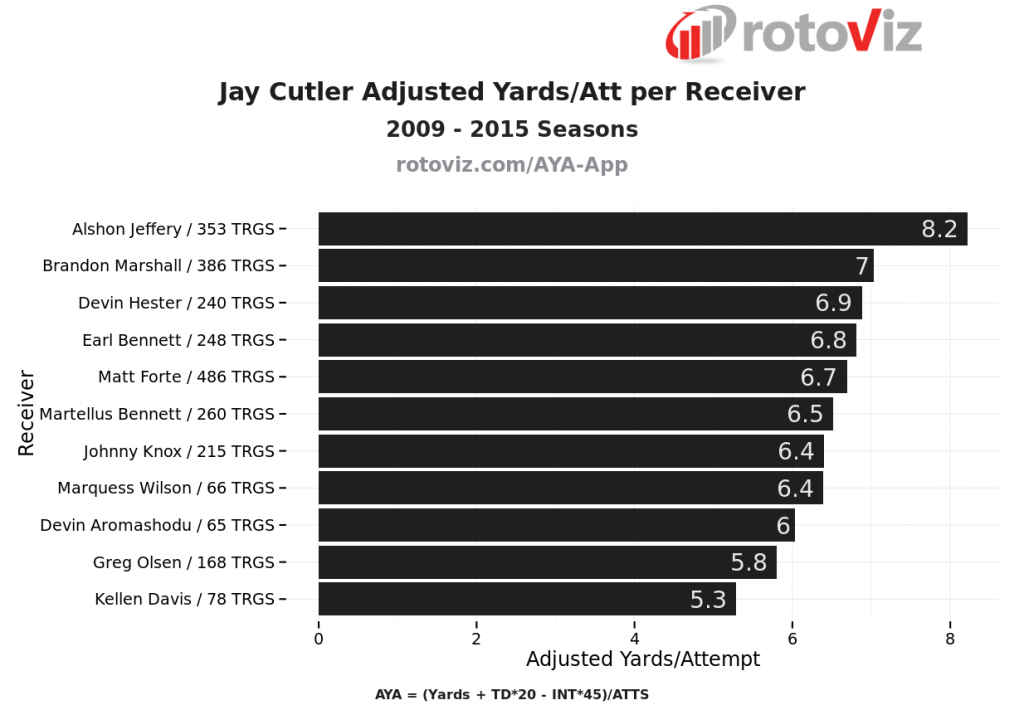 Barring injury, it’s clear that Alshon Jeffery has the talent and quarterback necessary to provide value at his current draft position.