Not even registering on Fantasy Football Calculator‘s average draft position, Keelan Cole is being ignored in early drafts. Without much recognition, Cole is coming off a quietly impressive rookie season. His effective rookie season and cheap cost deserve some attention.

While he’s clearly a bit old to be the perfect prospect, Cole had an impressive rookie season. Despite the encouraging performance, Cole played just 67 percent of the Jaguars snaps – good for merely fourth-most on the team.

Although Cole didn’t receive the playing time he deserved last season, there is not imposing competition for targets on the Jaguars with Allen Robinson and Allen Hurns leaving town.

The Jaguars depth chart includes Cole, Marqise Lee, Dede Westbrook, Donte Moncrief, and D.J. Chark. While there’s a lot of quantity, there isn’t much quality. Let’s see how Cole’s rookie season compares to the other receivers on the roster.

Cole also led the Jaguars in adjusted yards per attempt. 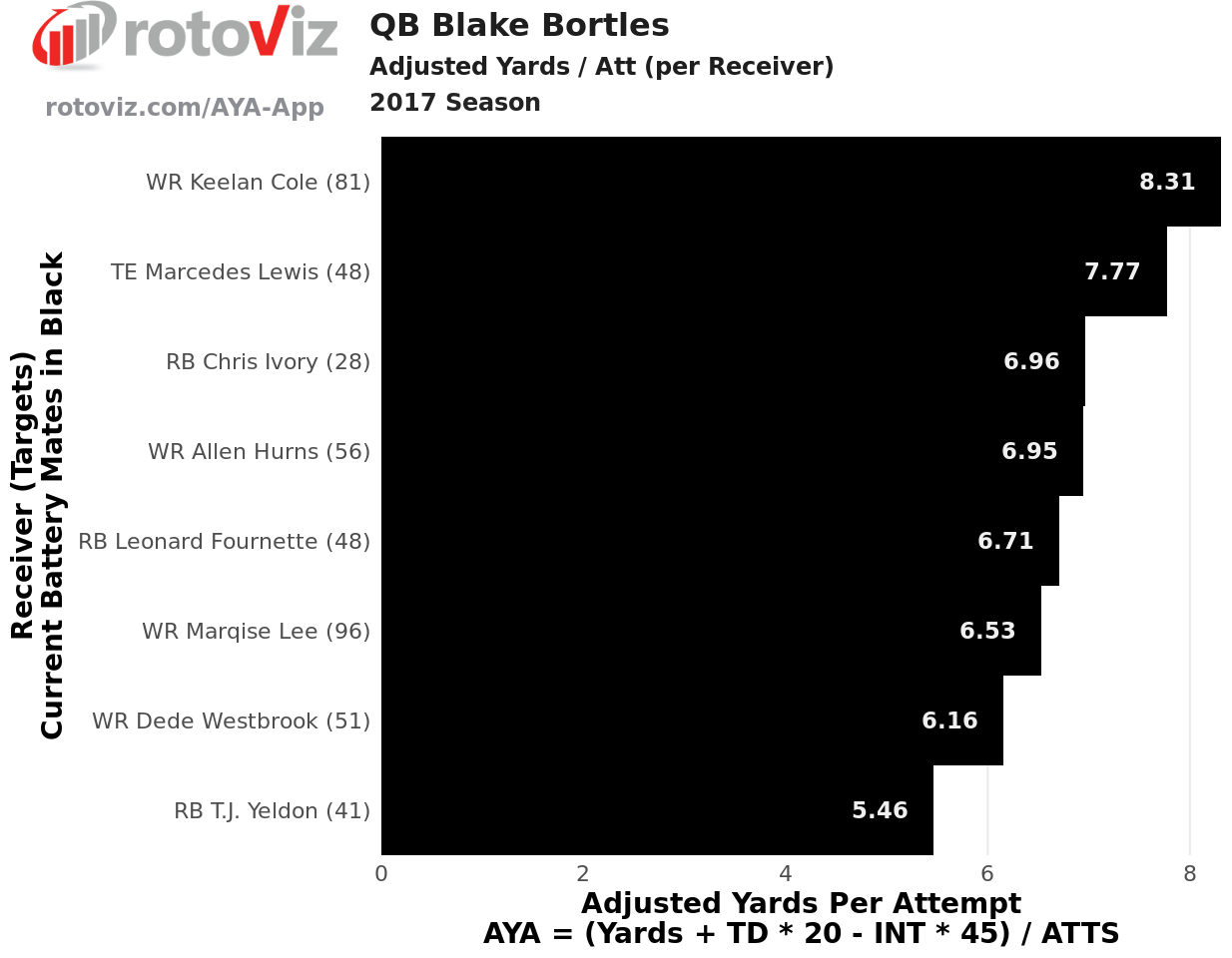 In addition to being effective as a rookie, Cole is also very cheap. Being drafted outside of the top 180 picks, Cole can be selected in the late rounds. 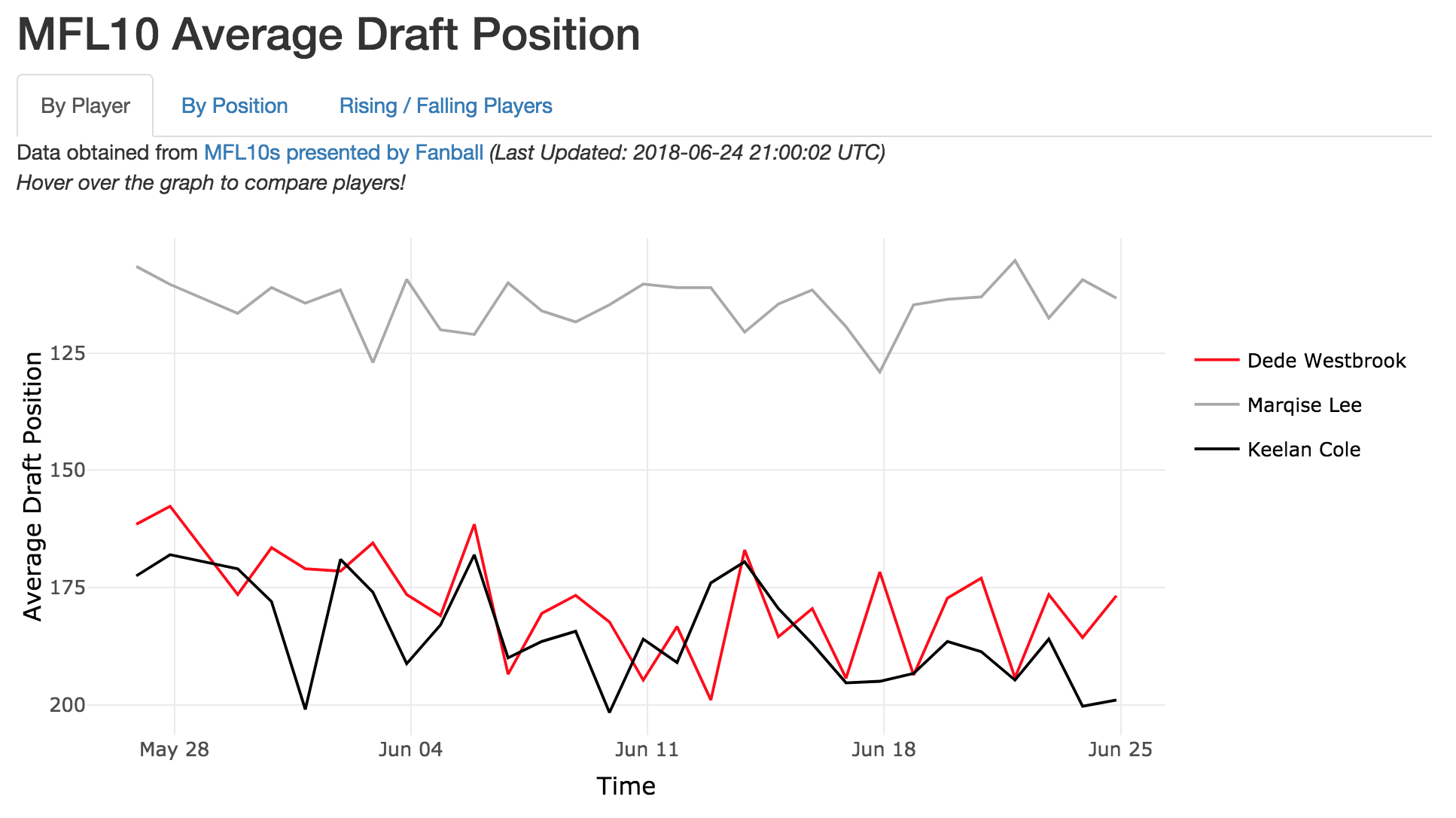 There is a decent chance that Cole is the best wide receiver on the Jaguars, but he’s not being priced like it. He’s a very cheap lottery ticket that has little downside if it doesn’t pay-off. If you’re looking for a receiver to draft in the late rounds, it makes sense to target a player that is effective and cheap on a team with plenty of opportunities.