In this article I will provide drafters with late round wide receivers who appear to be values at their current MFL10 average draft position. This article will not include rookies as I have already discussed which rookie wide receivers I like.

There are few wide receivers who are as undervalued as Eric Decker. Owners feel he burned them because of an early season hamstring injury. In reality, Decker still finished as WR26. When you can get a player at a discount because of emotional biases (instead of logical facts), you’re doing things right.

Decker remained efficient at 8.44 yards per target and saw a healthy 24% of the Jets targets. With quarterback whisperer Chan Gailey coming to town, the Jets pass offense could greatly improve. This would likely make Decker a nice value pick.

Quick was in the midst of a breakout year before a shoulder injury ended his season early. Averaging 9.62 yards per target, Quick was efficient and scored three touchdowns in six games (before getting injured in his 7th game). His comparables in his RotoViz Similarity Scores are favorable: 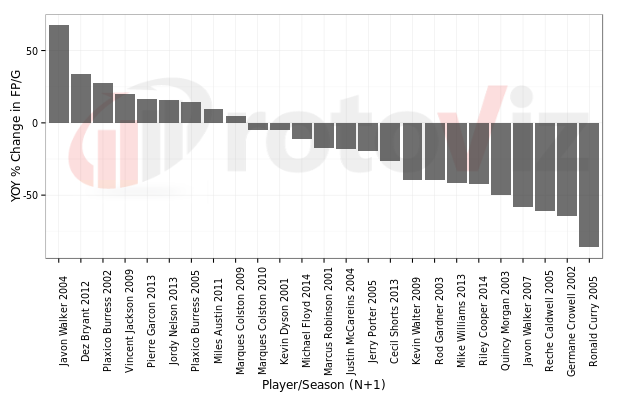 Before injuring his shoulder, Quick was 29th in per game scoring out of wide receivers. He can be drafted as the 53rd wide receiver off the board. His outlook could be even more favorable with Nick Foles in town, who showed no hesitation in targeting his top wideout (Jeremy Maclin) relentlessly in Philadelphia last year.

The Titans offense finished 30th in scoring last year, so Wright’s situation can’t get much worse – he may have simply hit his floor last season. With Mariota at the helm, it stands to improve. Likely to continue to see a healthy dose of targets as the lone established wideout in Nashville, Wright should be a value at his current average draft position.

Moving from the Ravens to the 49ers likely means more targets for Torrey Smith. While Smith saw 18% of the Ravens’ targets in 2014, Anquan Boldin and Michael Crabtree saw 27% and 22%, respectively. 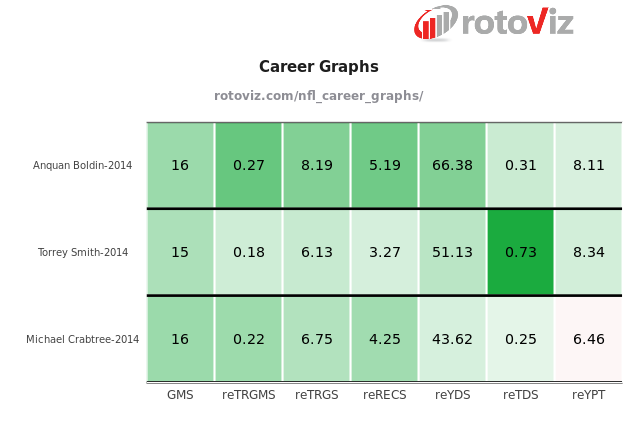 I expect Smith to be the team’s No. 1 wide receiver over 34 year old Boldin but he’ll see an increase in targets either way. Smith averaged more yards per target than both Boldin and Crabtree and scored more touchdowns (11) than both of them combined (9).