Jarvis Landry Is Being Left for Dead

Despite coming off his best fantasy season as a pro, a trade to the Browns has left Jarvis Landry’s fantasy value for dead. Landry has an impressive history of production and I’m here to explain why he’s a value in the 5th round.

Landry fell to the 2nd round (63rd overall) in the 2014 NFL draft. As a rookie, Landry was third on the depth chart behind Mike Wallace and Brian Hartline. But they couldn’t hold Landry back as he finished as WR30 as a rookie.

Over the next three years, Landry continued his dominance, finishing as WR8 in 2015, WR13 in 2016, and WR5 last season. His three-year averages are posted below.

In addition to his fantastic three-year average, Landry is the NFL’s all-time reception leader through a player’s first four seasons – with a commanding 58 reception lead over former leader Anquan Boldin. Landry’s incredible production has led to league-winning results. In fact, Landry helped carry my Expert Writers League team over the excellent Evan Silva. Landry was my WR1 for most of the season and I was able to select him in the 4th round.

Age is not as a concern, as the 25-year-old Landry is in the peak of his prime.

A smaller receiver who relies on short-area quicks to win in the slot, Landry has consistently been underrated. He’s not the sexy outside receiver that new teammate Josh Gordon is, but he’s proven himself as a force in the NFL.

Underwhelming quarterbacks Ryan Tannehill, Jay Cutler, and even Matt Moore have been unable to hold back Landry in PPR formats like Apex. Landry will now experience improved quarterback play with some combination of Tyrod Taylor and Baker Mayfield. Landry himself recently confirmed, “The quarterback play is so important… a lot better than what I had in Miami.”

On a new team, it’s obviously hard to determine how many targets Landry will receive but he will surely be a staple in this offense. Considering Landry is 5th in the NFL in targets over the past three seasons, I expect him to the lead the Browns in targets this season. 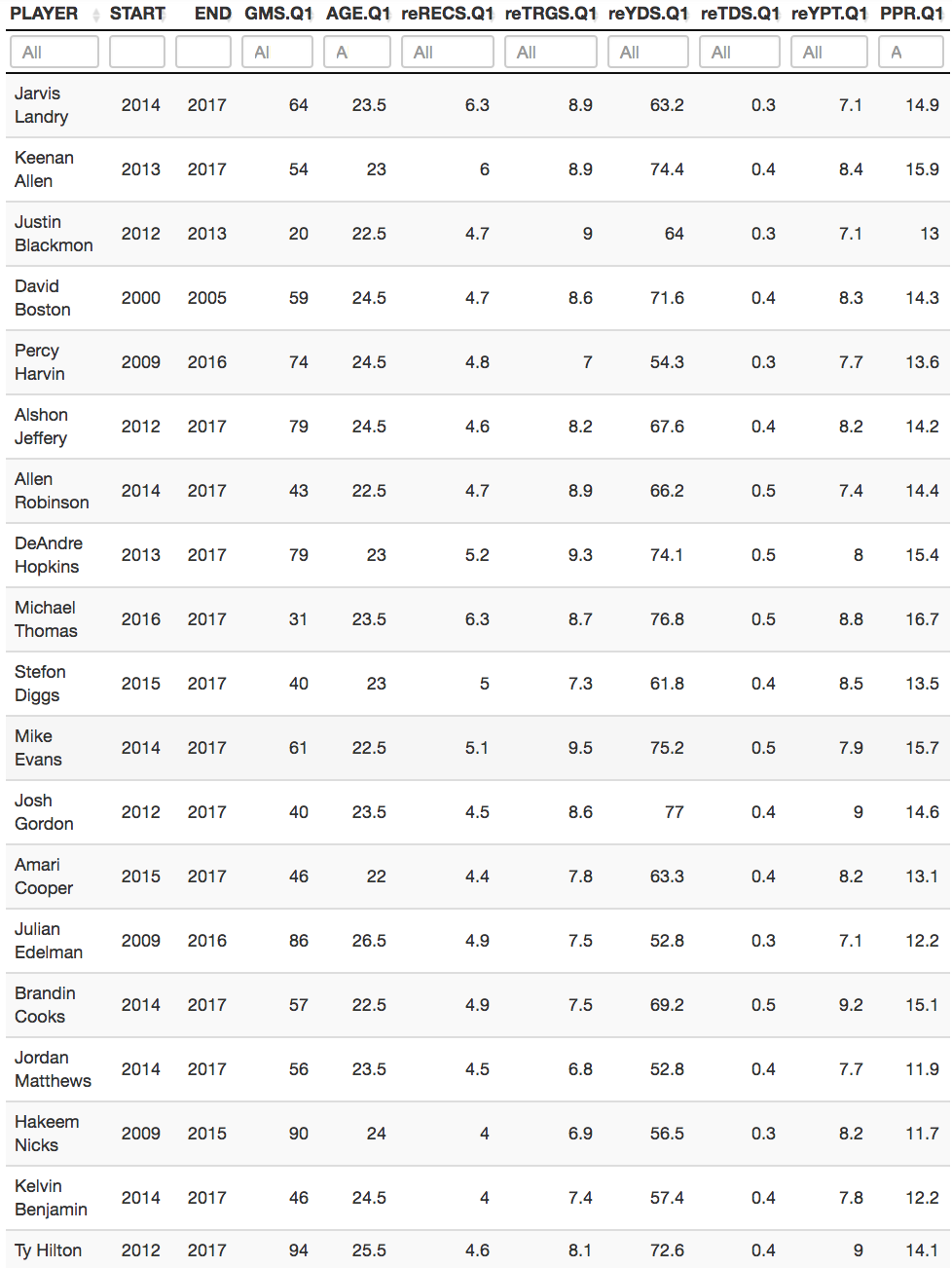 The similarity search reveals some very good players – many of whom are being selected before Landry. If it wasn’t proven by his historical production, this list proves that Landry maintains WR1 upside.

Landry’s change of scenery is having too much of an impact on his price. Landry has been one of the league’s most productive receivers since entering the league. Don’t make this mistake again: Landry is a baller, and ballers ball. Make the easy 5th round selection and take Landry.