Looking For Athletic Wide Receivers In The 2018 NFL Combine

Over the years we’ve seen many athletic wide receivers dominate the NFL. Dominating the NFL often starts at the NFL combine. The combine is an opportunity for us to scout future stud players. For instance, at the 2007 combine, six-foot-five-inch Calvin Johnson blazed the 40-yard dash in 4.35 seconds at 237 pounds. It was apparent that physically, Johnson was an athletic freak.

Wide receivers who are fast for their height and/or weight have a good opportunity at producing in the NFL. Using all NFL receivers since 2006, I’ve created a graph to determine what 40-time is sought after for wide receivers of a specific height or weight.

Although the correlation is a little stronger for weight, we’ll start with height. Below is the relationship between 40-time and height. The x-axis refers to height in inches, while the y-axis refers to each player’s forty time. 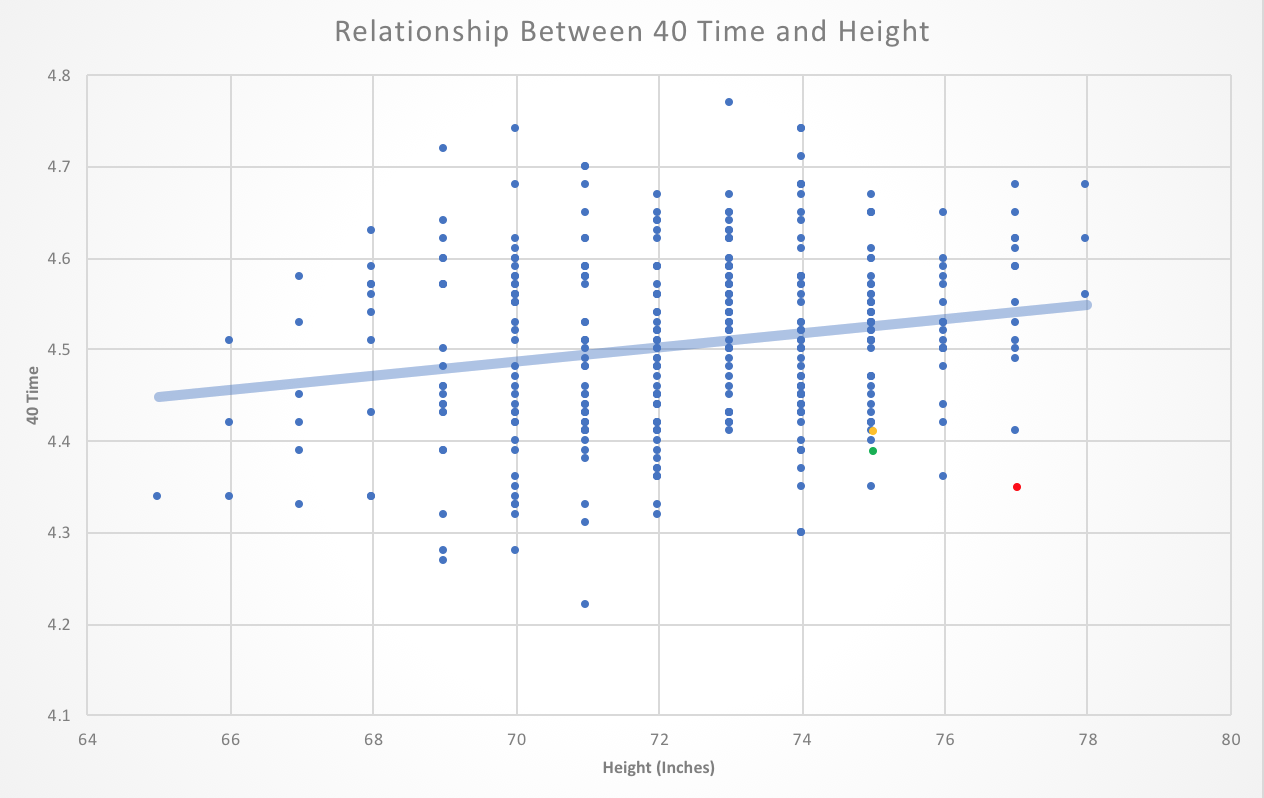 I’ve marked some of the points with color to indicate some historically dominant athletic freaks. The red point is Calvin Johnson, the green point is Julio Jones, and the orange point is Demaryius Thomas. Clearly most wide receivers who at least 75 inches tall, do not run sub-4.44 forty times. While not all athletic freaks produce consistently in the NFL (sorry, Stephen Hill), these three players have. Evidently, they have an athletic advantage when compared to their peers and it has helped them consistently produce at a high level in the league.

This chart is similar as taller players are typically heavier and slower – but some tall players, like A.J. Green are lighter. Per our data (a sample size of 371 players), the correlation between 40-time and weight is stronger than 40-time and height. In the plot below, the x-axis refers to weight in pounds, while the y-axis refers to each player’s forty time. 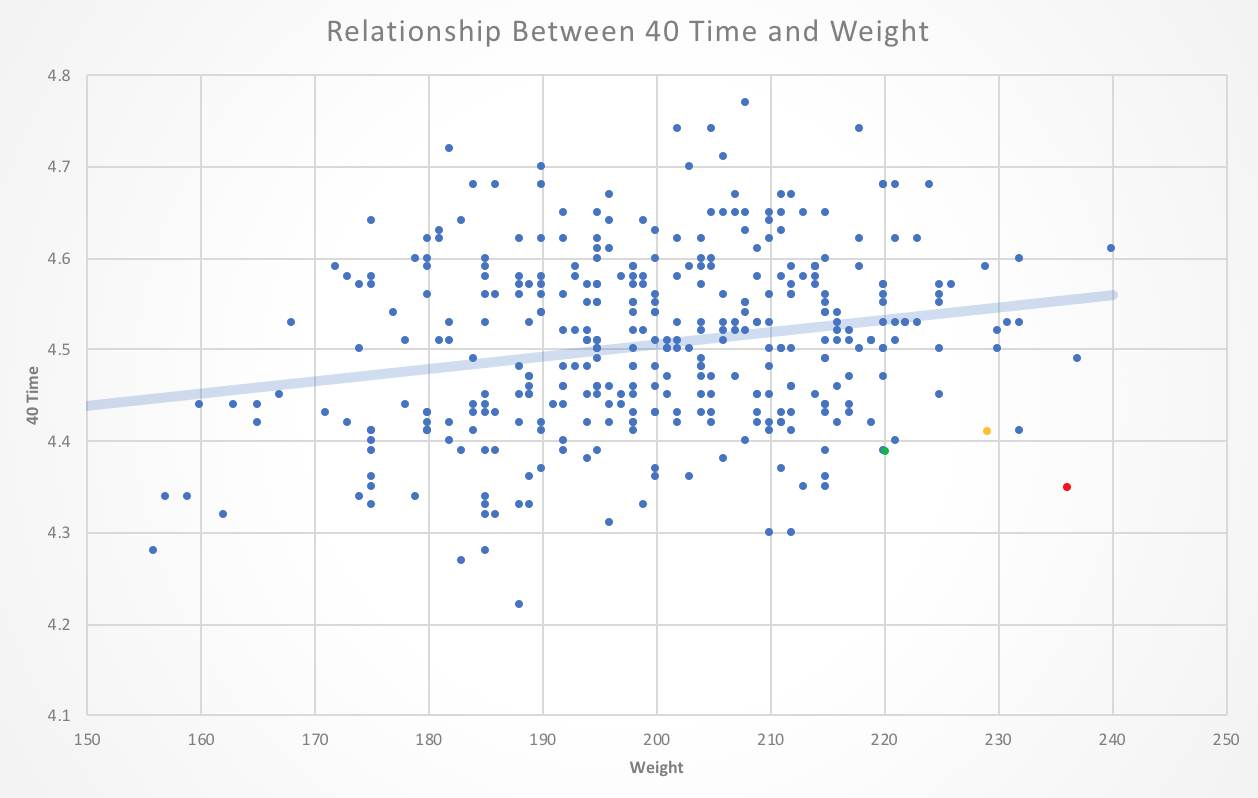 Again, the colored points refer to the same players. Calvin Johnson’s incredible 4.35 forty at 235 lbs. remains in a tier of his own. Per the plot, it is obvious that players who weigh at least 220 lbs. are unlikely to run a forty in under 4.5 seconds.

Based on historical data, it’s clear that running a 40-time that falls below the trendline for height or weight gives the player a better chance of a productive NFL career. By using these charts, we develop an educated mechanism to evaluate how athletic the incoming rookies are. Once combined with the college production of the rookie, we can assemble a narrative of how good each prospect is and establish an educated approximation of how likely each player is to succeed.