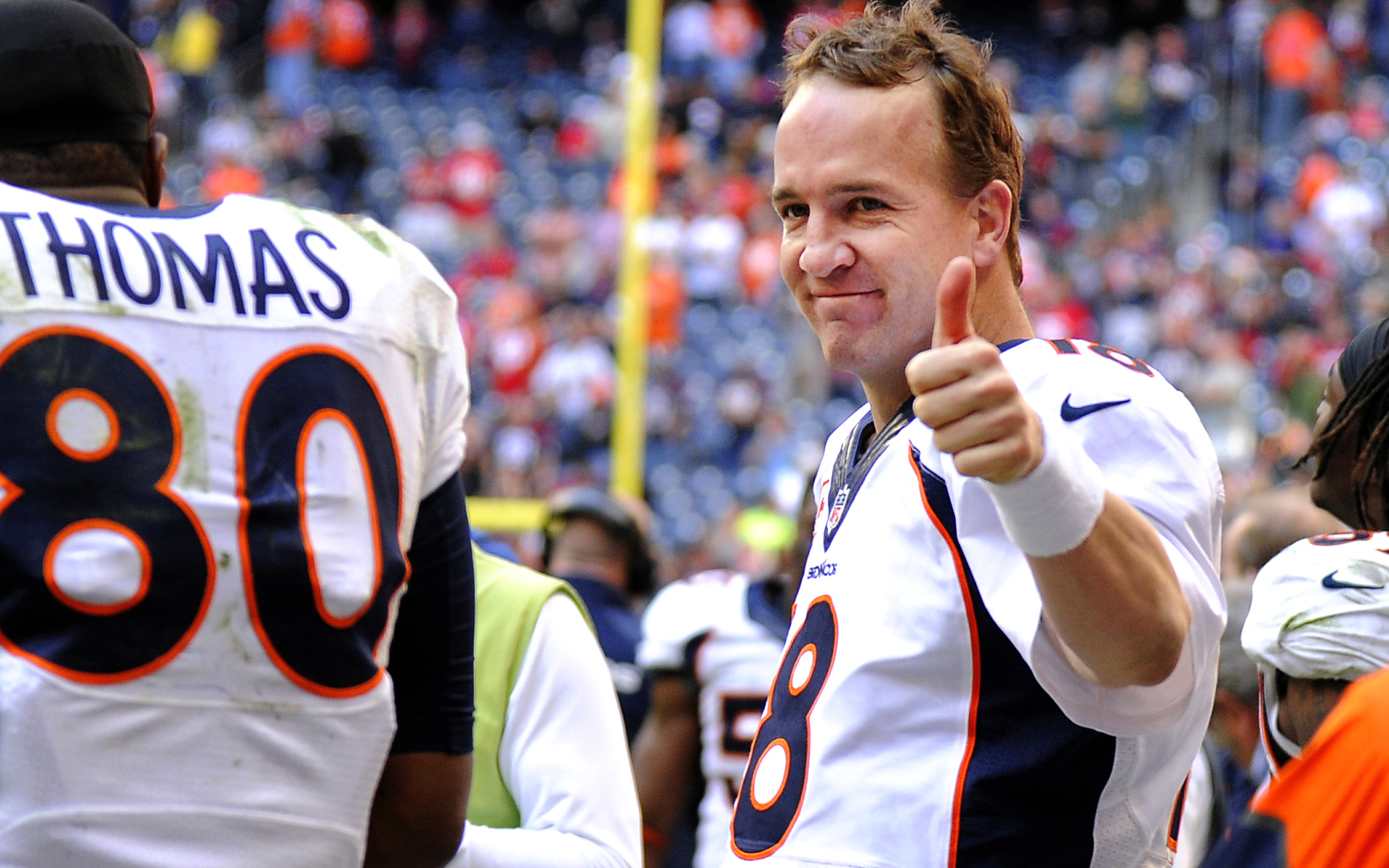 At Apex, we’re always interested in improving our leagues. The best way to accomplish that goal is to tailor the rules to what our players are looking for. Here are the results of the 2018 end-of-season survey.

With dropped players locked until the following blind bidding cycle, we have frequently toyed with the idea of adding another blind bidding period on Friday night. It was a close vote, but owners voted against the change for the 2019 season: 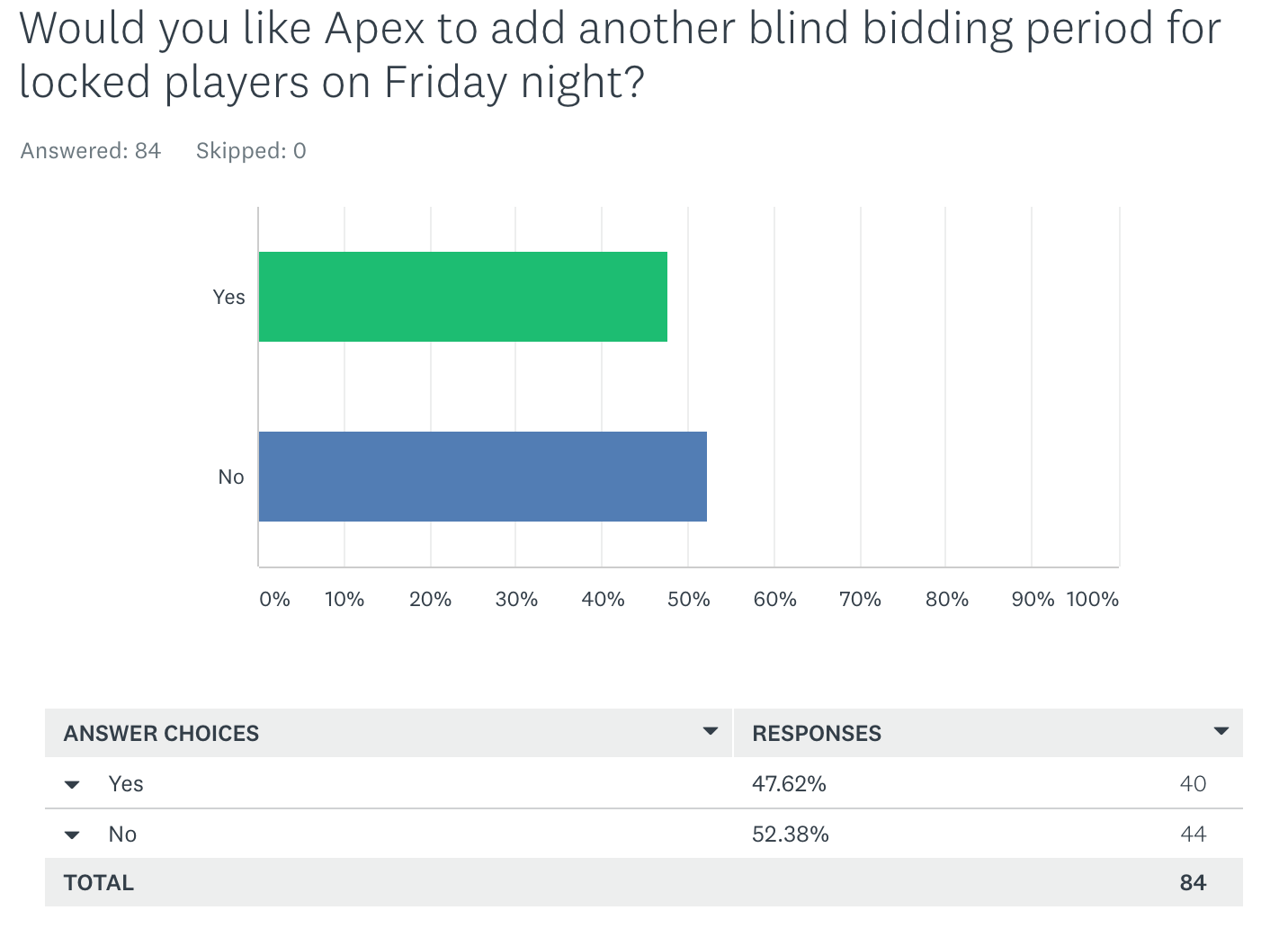 We’ll continue to add this question to the survey next year, as the vote is very close.

When blind bidding processes, there are multiple settings for the scenario of a tie. We asked owners which tiebreaker they prefer.

The preferred tiebreaker is the team that is lower on the standings. That is the setting to which our 2019 leagues will be changed!

The most common method of acquiring free agents in our leagues is through blind bidding (instead of a “waiver order”). One of the potential improvements for trading that was mentioned is the ability to trade blind bidding dollars.

The majority voted against that option. Blind bidding dollars will continue to be un-tradeable.

League Average vs. All Play

In Apex leagues, each team plays against a random opponent and the league average. Several owners have reached out to us saying that each week the top six scoring teams should receive a win, while the bottom six receive a loss. We added this question to our survey.

The majority preferred to continue to play against the league average.

If you have any opinions for how we can improve our leagues, be sure to respond to our survey at the end of the season! You can also contact us at apexfantasyfootballleagues@gmail.com!