We’ll be releasing two offseason headlines articles to update fantasy owners on what’s transpired during the NFL free agency period. This article will pertain to players who now play in the NFC, below is how we expect each player to be impacted by their new team.

Jerick McKinnon to the 49ers

The 49ers made it clear how much they like Jerick McKinnon, signing him to a four-year, $30 million contract. The day after the signing coach Kyle Shanahan said he got “lost” watching Jerick McKinnon’s game tape.

“There’s so many things I liked about him, just visualizing how I would use him and the stuff that we would do,” Shanahan said. “Even though there wasn’t a ton of it, you’ve still got to see him do some stuff that we do a lot. And whenever he did, he excelled a ton and looked very good at it.”

Shanahan is clearly interested in passing the ball to McKinnon. “What is a huge bonus on him is when you talk about the pass game,” Shanahan said. “When it comes to separating and beating linebackers and safeties in man-to-man coverage, I definitely think he’s an issue for teams. I think this league, when it comes to third downs and things like that, you move the chains based off of matchups, which allows you to get points in the long run.”

McKinnon is expected to assume the “Devonta Freeman Role” in Shanahan’s offense. McKinnon is actually similar to Freeman as an athlete.

Although it’s still early to make projections prior the draft, McKinnon has the look of a very valuable player. Former 49ers starter Carlos Hyde finished as the RB8 in PPR leagues last season, catching a career-high 59 passes. After finishing as RB17 last year (after starting the season as an afterthought behind Dalvin Cook), McKinnon’s arrow is pointing up.

Allen Robinson and Trey Burton to the Bears

One of 10 wide receivers to top 2,700 receiving yards before turning 24, Allen Robinson was a big acquisition for the Bears. While Robinson produced well at times with Blake Bortles, joining the Bears can be viewed as a boost for the young wide receiver.

Leading the Bears with 91 targets in 2017, Kendall Wright was signed by the Vikings – leaving lots of opportunities for targets. With little competition for targets, Robinson will likely be targeted heavily this season.

Coming from the Andy Reid coaching tree, new Bears coach Matt Nagy has the look of an innovative and aggressive play-caller. Nagy explained that exploiting mismatches is the constant mission on offense.

After seamlessly filling in for Zach Ertz in 2017, Trey Burton was signed by the Bears. Burton will fill the “U” tight end role, which is critical to establishing mismatches. The U in Nagy’s scheme normally will play in the slot, although he will line up elsewhere at times, with the primary objective of running pass routes.

About Burton, Nagy said: “You can move around, do different things — it’s what we did with (Travis) Kelce (on the Chiefs),” Nagy said. “It’s an important role. It’s a position that’s easy to create some plays for.”

If Nagy is the real deal, we could see a Jared Goff-type turnaround for Mitchell Trubisky and the Bears. A reversal like that and A-Rob and Burton will almost certainly return value as fantasy selections. If the Bears continue to struggle, they’ll be forced to pass frequently which would also be good for A-Rob and Burton.

Allen Hurns to the Cowboys

The Cowboys really struggled to pass the ball consistently last season as Dak took a step back from an impressive rookie campaign. The stretch with Ezekiel Elliott and Tyron Smith out of the lineup was brutal. Dak Prescott was clearly affected. 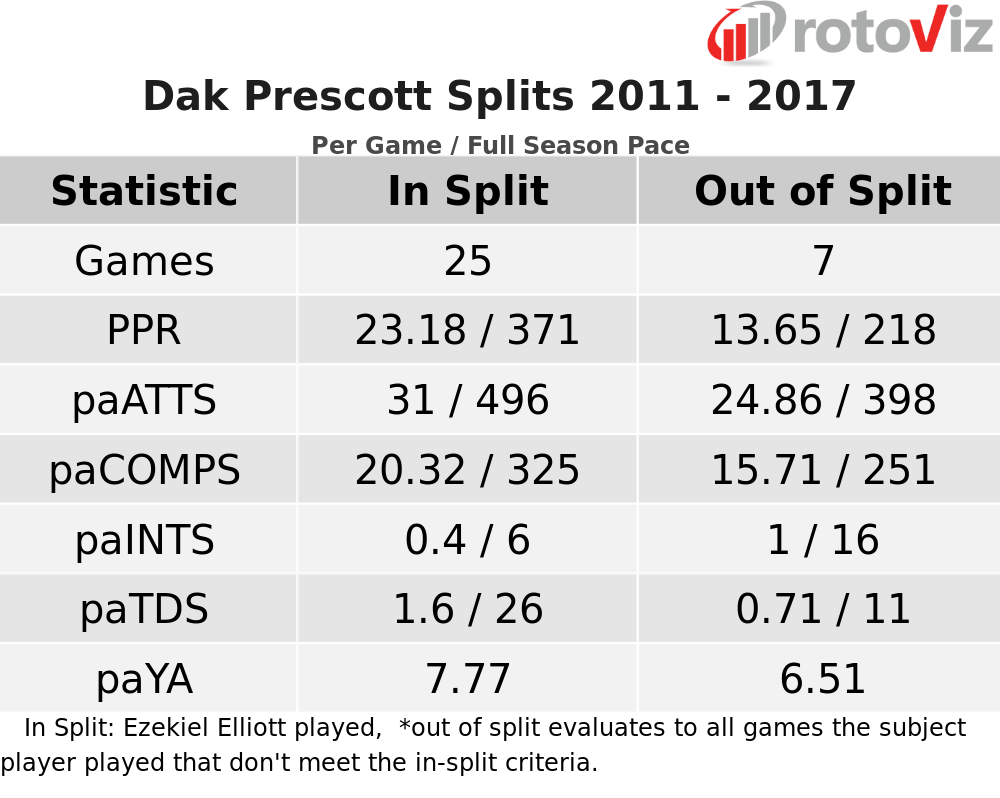 With Zeke and Smith returning, the Cowboys offense should return to their former productivity. The issue is, the Cowboys pass catchers last season were ineffective. They’ve added Allen Hurns this offseason, so we’ve included Hurns and each player with at least 40 targets last season on the table below.

In terms of efficiency (Yards Per Target and Receiving Fantasy Points Over Expectation Per Attempt), Hurns was more effective than all of the Cowboys receivers. It’s not an apples-to-apples comparison but the 2017 Cowboys were obviously in need of an influx of talent.

Kirk Cousins to the Vikings

Case Keenum was productive in relief of Sam Bradford last season, leading the Vikings to a 13-3 record.

Looking at just last year’s numbers, there wasn’t a big difference between the two. But while Keenum was throwing to Stefon Diggs and Adam Thielen, Cousins’ most targeted pass catchers were Jamison Crowder and Josh Doctson. It’s hard to quantify the boost that Diggs and Thielen give but it was obvious that Keenum struggled in Diggs’ absence.

Oftentimes, a quarterback is only as good as his wide receivers. If we include the 2016 season, Cousins versus Keenum doesn’t look like much of a debate.

Expectations should be high for Cousins and the Vikings. The addition should be a boost for the entire Vikings offense. Cousins is locked in as a QB1.

Jimmy Graham to the Packers

One of the more intriguing additions this offseason is Jimmy Graham to the Packers. Graham was an incredible force for the Saints but struggled with the Seahawks.

After an impressive recovery from a torn patellar tendon, Graham struggled in 2017. Despite catching 10 touchdowns, Graham posted a career-low in yards per reception, zero 100+ yard games, and his lowest yards per game (32.5) since his rookie year.

The question becomes was this ineffectiveness due to his role in the Seahawks offense or has Graham’s decline begun?

Another concern is the Packers haven’t frequently targeted the tight end position since 2013 when Jermichael Finley was heavily involved. Is this because of a change in philosophy or a lack of playmakers at tight end? 2018 should give us the answer.

There is certainly reason to believe the Packers could tailor their offense to incorporate Graham but there are also a lot of questions surrounding his ineffectiveness. Currently coming off the board at TE5, he’s enticing but I’ll stay away.

Cameron Meredith to the Saints

Despite missing the 2017 season, Cameron Meredith was a popular sleeper prior to tearing his ACL. I wrote about why he was undervalued. Meredith was a backup quarterback during his first two seasons at Illinois State so he’s only been playing wide receiver for four seasons.

Standing at 6′ 3″, 200 lbs., Meredith is a very good athlete. In 2016, just his second season on the Bears, Meredith broke out. It can be argued that he outproduced Alshon Jeffery.

Matt Barkley started the most games at quarterback for the 2016 Bears so it certainly wasn’t a situation for receivers to thrive. Drew Brees will provide Meredith with superior quarterback play.

Unfortunately, with Michael Thomas, Alvin Kamara, and Ted Ginn soaking up targets, Meredith may not see the targets necessary for consistent fantasy value. However, if an injury takes place, he could quickly become a very valuable player.

A Guide To Crushing Your Rookie Draft
How Often Do NFL Teams Draft Top Running Back Prospects?
Don’t Want To Pay For Lamar Jackson? Draft Trey Lance in…