The Former Star Wide Receiver That Is Being Ignored

It doesn’t take more than a little recency bias for fantasy owners to turn on a player. Stuck on a team that threw the least in the NFL last season, Mike Wallace disappointed fantasy owners.

Before his terrible 2016, Wallace finished as a top 27 wide receiver in five straight seasons. That includes two top 10 finishes. Wallace is now being selected as the 63rd WR off the board.

Wallace leaves the Vikings who threw just 454 times last season for the Ravens who led the NFL in pass attempts with 676. Even if he maintains his market share of targets, his targets will rise considerably.

It would be hard to have any fantasy value on a team that passes as little as the Vikings did last season – especially when you’re not the top wide receiver. It’s also clear that Wallace’s talent wasn’t a match with Teddy Bridgewater and Ryan Tannehill. 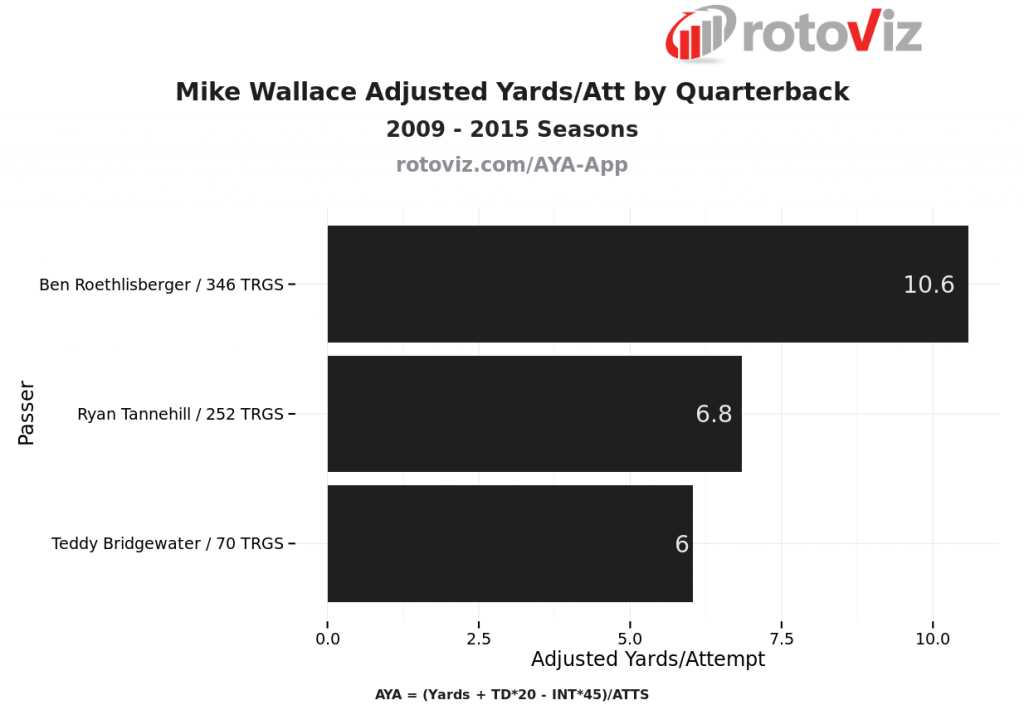 Despite being inefficient with Tannehill, Wallace still finished as a top 27 WR in both of his two seasons as a Dolphin. Joe Flacco’s deep ball could theoretically be a better match for Wallace.

Kamar Aiken played well last season but I’m concerned about drafting a player who saw over 33 targets for the first time as a 26-year-old. If Aiken truly is the Ravens top wide receiver and is worthy of his current average draft position, why wasn’t he earning more opportunities earlier in his career?

With Mike Wallace, we have a player who has performed at a high level before, is a good athlete, and is simply coming off a bad season. He is being drafted after his competition. At a price of an inexpensive 13th round pick, Wallace is a good risk to take.