Three Handcuffs Who Could Become RB1s

With injuries frequently taking place in the NFL, it’s important for fantasy owners to know the best backups in the league. Here are three running backs that could become league winning players if the starters in front of them get hurt.

When drafting handcuffs, it’s important to target players with talent – Tevin Coleman has boatloads of talent. While it’s tough to get an exact athletic profile for Coleman because he did not participate in agility or jumping drills, he did outperform Devonta Freeman in college. 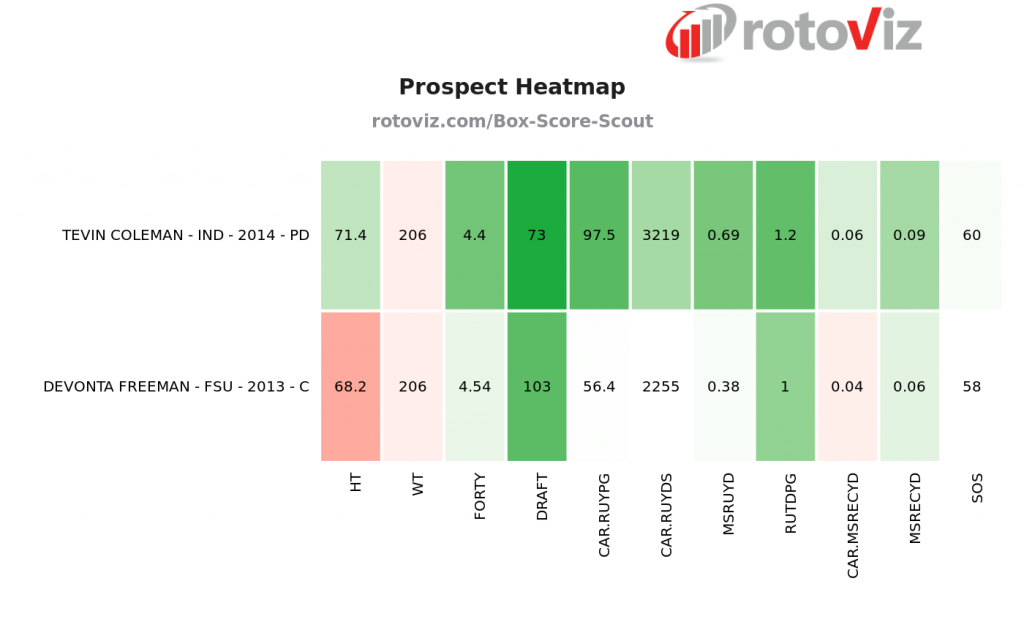 Coleman is faster, was drafted earlier, and out produced Freeman by a significant amount. It’s worth noting that in Week 1, before getting injured, Coleman started – receiving 20 carries, compared to Freeman’s 10.

By the time Coleman returned from injury, Freeman had locked up the starting job. While Coleman was terrible in the pass game, he did out-rush Freeman per carry. 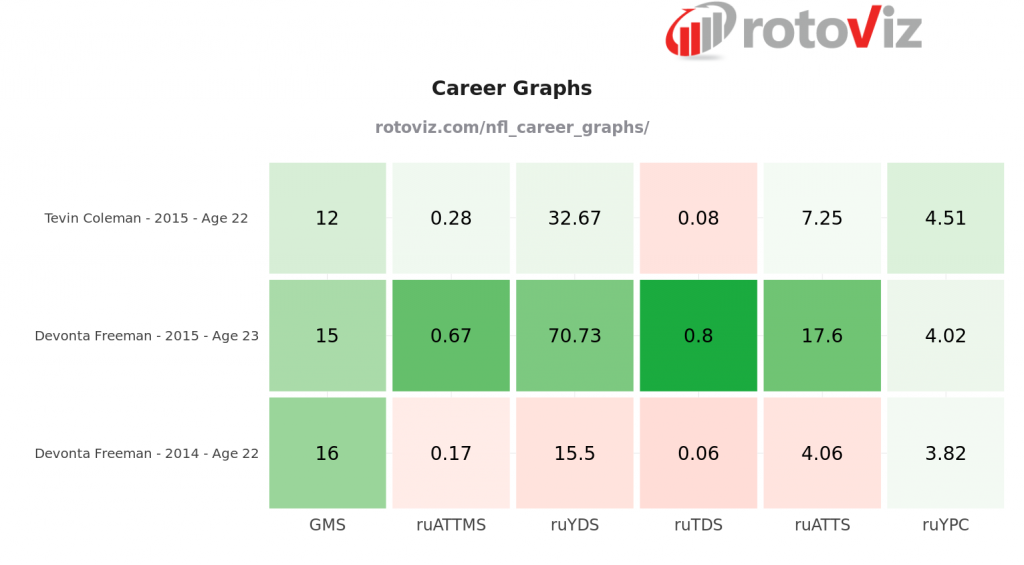 If Freeman misses any time, Coleman could be a league-winning player. One beat writer awarded Coleman the Training Camp Offensive MVP. Kyle Shanahan has consistently put his running backs in position to score lots of fantasy points.

Since he played quarterback in college, it’s hard to make a production based argument in favor of Jerick McKinnon. That said, he’s one of the best athletes in the NFL. These numbers come from our friends at PlayerProfiler.com.

Even compared to Adrian Peterson, McKinnon is clearly more athletic. As an NFL player, McKinnon has been very efficient with his carries.

Beat writers expect McKinnon’s role to grow this season. If anything were to happen to Peterson, McKinnon comes with clear RB1 upside.

Last year when Jamaal Charles went down, the Chiefs experimented with two running backs: Charcandrick West and Spencer Ware. While West ran for 3.96 yards per carry, Ware ran for 5.6.

Adam also said that Spencer Ware should be considered the #2 back, but that both he and C West would play if Charles went down @adamteicher

In their playoff game against the Texans, Ware received twice as many carries as West. We know Andy Reid is very good at helping his running backs score fantasy points (think Brian Westbrook, LeSean McCoy, Jamaal Charles, etc.). Ware would likely see the opportunity to produce at a RB1 level, if 29-year-old Charles were to go down.