There are many late round tight ends that could provide value in 2014. These three options may not be the sexiest, but they will be quality selections in August.

Currently only being drafted as TE11 in early MFL10s, Witten is a safe pick. He finished as TE9 last year and could see more opportunities as the Cowboys are forced to be more pass heavy without DeMarco Murray.

Witten finished as TE6 in 2013 and saw the same market share of targets in 2014. Pass-heavier play-calling would boost Witten’s value and it’s likely to happen considering Linehan’s history. 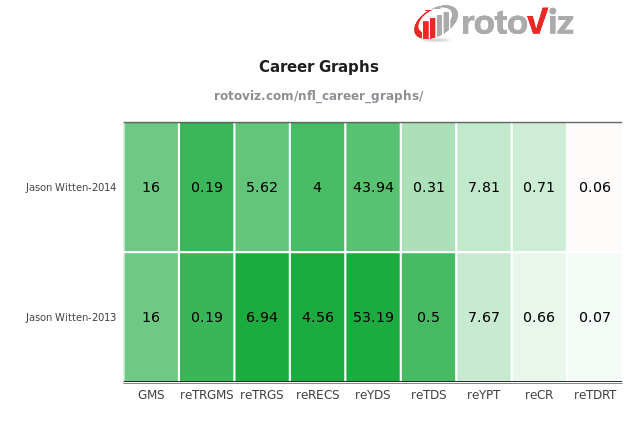 With a lack of quality replacements for DeMarco, the Cowboys will likely transfer back to a more balanced or pass-heavy offense. That means more targets for Jason Witten. At TE11, he’s a good bet to out-perform his average draft position.

After finishing as TE11 in 2013, Delanie Walker finished as TE8 in 2014. Even more impressive, Walker averaged 0.1 more fantasy points per game than Travis Kelce last year. Walker remains the most efficient target on the Titans. 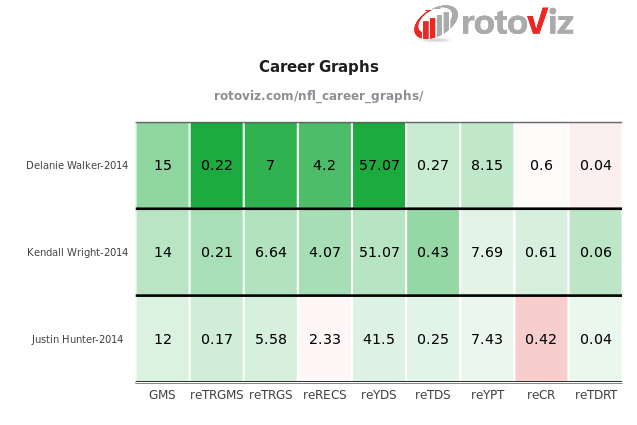 Walker averaged the highest market share of targets and the most yards per target. After gaining Marcus Mariota, you can draft Walker below where he finished last season.

Many in the industry liked Eifert last year but an elbow injury knocked him out for the season in Week 1. There are many reasons to like him.

Firstly, he has a high floor for his cost: Playing in 15 games, Jermaine Gresham saw 80 targets and inefficiently finished as TE14. I would call that Eifert’s floor if he can remain healthy.

Secondly, Eifert was a high draft pick and remains an impressive athlete. Look how he compares with Rob Gronkowski and Zach Ertz.

While Gronk is a little taller and heavier, Eifert’s combine performance looks more impressive than Gronk’s pro-day. Ertz doesn’t match either of their athletic profiles.

Being drafted at TE14, Eifert has plenty of room to deliver value on his late ADP.