Home / Fantasy Football Studies / Who Should I Draft: Mike Evans or AJ Green?

Who Should I Draft: Mike Evans or AJ Green?

With nearly identical average draft positions, owners are clearly indecisive with who to select between Mike Evans and AJ Green. 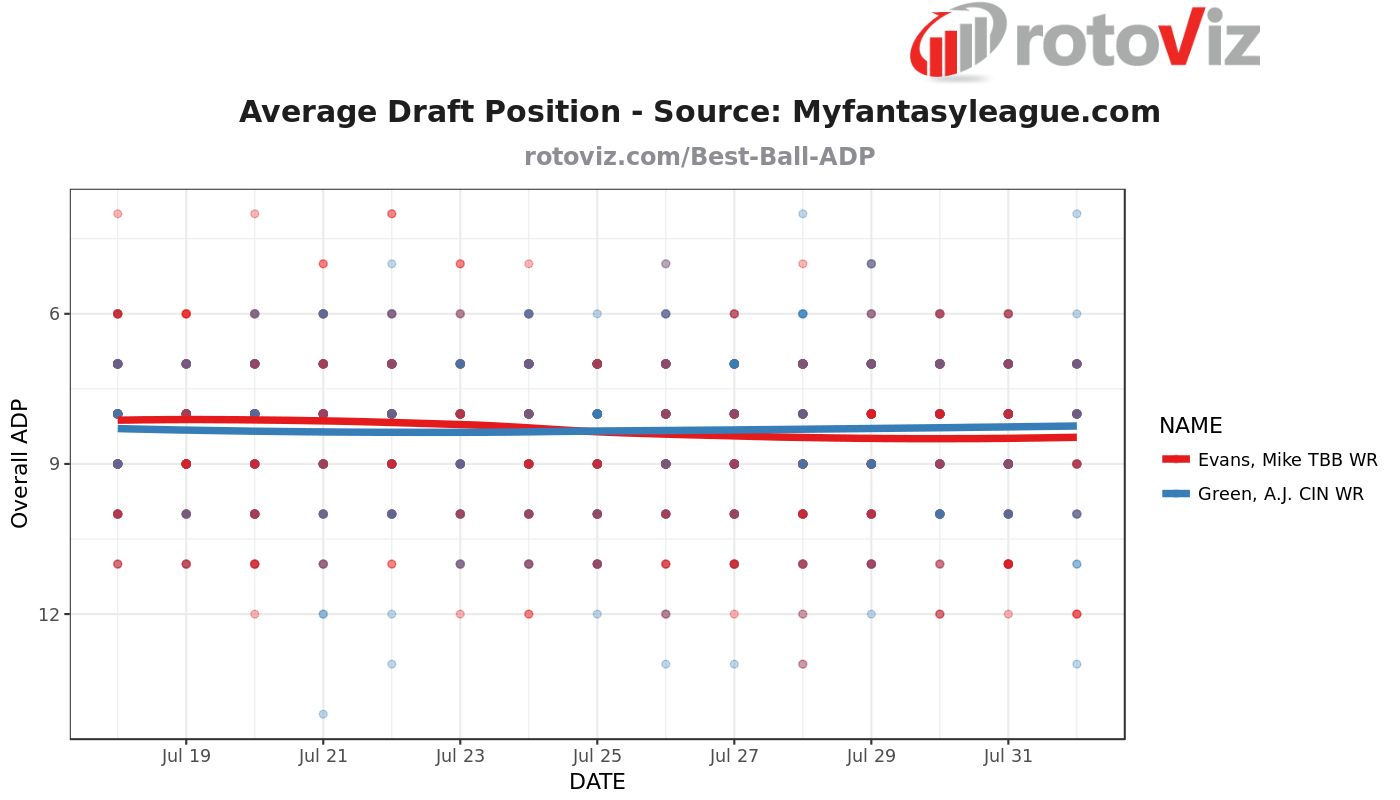 Let’s dive into the numbers from last season.

Evans once again saw more targets per game but was less efficient and was outscored by Green. Unlike 2016, Green scored more touchdowns per game in 2015.

Turning 24, age is one argument for the younger Evans. According to our wide receiver age study, at age 29 Green appears to have one more year in his prime.

My 2017 Projections have the following numbers for the two elite wide receivers.

Per game, this amounts to the following numbers.

With less volume, I expect Evans’ efficiency to improve and lead the two in touchdowns. Nonetheless, I expect Green to be the superior receiver. Regardless, both make quality first-round selections.

If you would like to see the rest of my projections, all you have to do is sign up for our email list and we’ll send you the PDF!