Why Jordan Reed Is Undervalued

Often in fantasy football leagues, players are undervalued because of biases surrounding a player. Constantly during drafts you hear someone say “good luck with him, he was terrible for me last season.”

Owners too frequently allow these emotional feelings to impact their decision-making. An example of this in 2015 is Jordan Reed.

Did he massively underperform? You tell me. 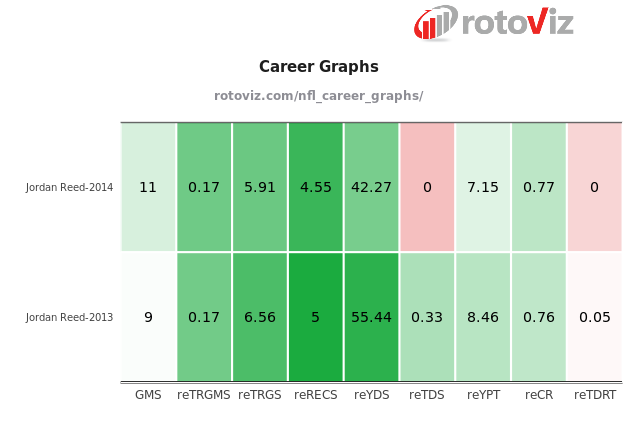 The touchdowns shouldn’t be a huge concern as Reed saw a healthy 11 red zone targets. Regression to the mean should be expected.

Larry Donnell, Dwayne Allen, Kyle Rudolph, and Austin Seferian-Jenkins are all being drafted ahead of Reed in early MFL10s. Here’s how they compared last season: 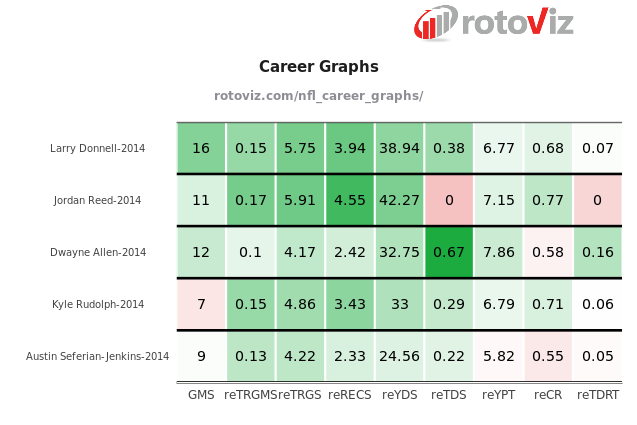 Reed saw a higher percentage of his team’s than each player being drafted in front of him. He also averaged more yards per target than any player on this list not named Dwayne Allen.

We know that targets are the most important factor when it comes to gaining fantasy points in PPR leagues. In this case, the player who is likely to receive the most targets is the cheapest.

Age is one of the most important variables when discussing football players. It gives us a good idea of when players break out, peak, and decline.

To find out when tight ends peak, I looked at the ages of every TE since 1990 who had at least 63 receptions for 700 yards and six touchdowns. According to Pro-Football-Reference, the sample size amounted to 56.

Here’s a distribution graph of the ages:

While the average age is 27.1 yards old, the peak year appears to be 25. An astonishing 25 percent of the seasons happened at age 25.

Jordan Reed will be 25 this season.