Wide Receivers Who Could Break Out with an Opportunity

It’s no secret that injuries are a big part of fantasy football. The NFL is a violent game so players often receive an opportunity from injury and break out to help their owners win fantasy leagues.

Below are five wide receivers drafted outside the top 50 at their position that could make a big impact if presented with the opportunity.

Despite tearing his Achilles and disappointing as a rookie, Josh Doctson is still a very good prospect. 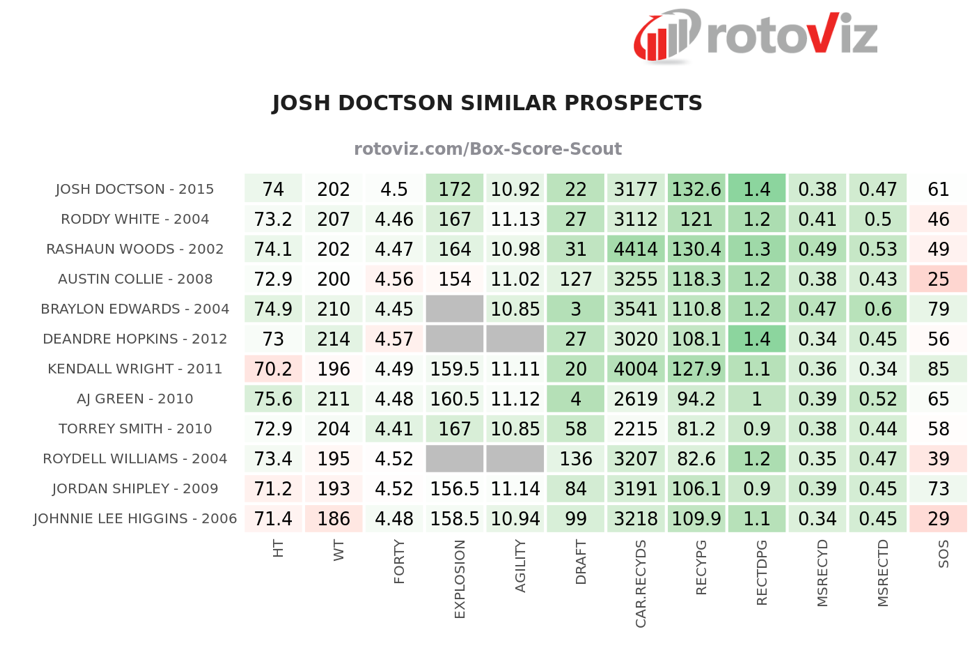 With impressive height, speed, explosion, agility, and production, Doctson was selected in the first round. He draws quality comps like AJ Green, Roddy White, and DeAndre Hopkins.

Although Pierre Garcon and DeSean Jackson left in free agency, there is still plenty of competition for targets on the Redskins’ roster. The three pass catchers most likely to get fed are Jordan Reed, Terrelle Pryor, and Jamison Crowder. In an outcome that one of those three sustains an injury, Doctson has the talent to do some real damage.

Currently being drafted at WR53, Doctson is cheap, pain-free, and has gotten off to a strong start in training camp.

A post-hype breakout candidate, Breshard Perriman has already disappointed fantasy owners but is still just 23 years old. A former first-round pick, Perriman is known for running a ridiculous 4.25 40 at his pro day. With his special combination of height, speed, and production, many were expecting big things from Perriman immediately.

After two disappointing seasons, beat writers and players are excited about Perriman this offseason. ESPN Ravens reporter Jamison Hensley singled out Perriman as having the “most impressive offseason” of Baltimore’s receivers.

Pitta said that nobody is making more plays in OTAs than Breshad Perriman.

On a Ravens’ team that lead the NFL in pass attempts last season, Perriman will be involved. Can he break out behind Jeremy Maclin and Mike Wallace? That remains to be seen, regardless, he’s cheap at a WR58 price tag.

Coming off a down year and a broken leg, drafters are down on Tyler Lockett. The hype for Lockett last season was overwhelming, as he was being selected on average as WR34. Now, Lockett is being selected 25 wide receivers later. Lockett is still a good prospect and produced very efficiently when targeted. 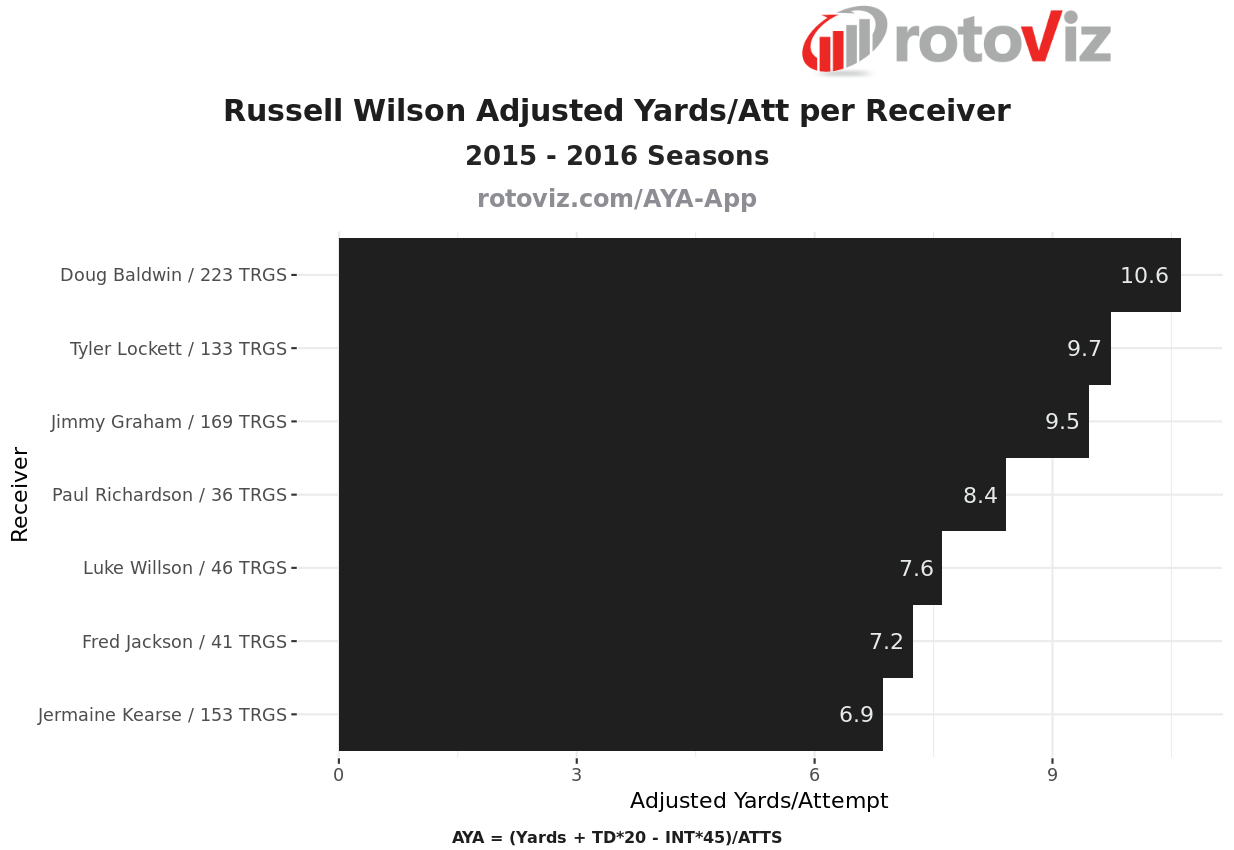 In the case of a Graham or Doug Baldwin injury, Lockett could again be a valuable fantasy player.

Despite showing flashes as a rookie, Will Fuller faded down the stretch. Fortunately, it doesn’t appear to be his fault – as every pass catcher struggled with Brock Osweiler at quarterback.

Fuller was actually the best receiving option for Osweiler. We’d probably be treating Fuller differently if he had a reliable quarterback as a rookie. It’s also possible that his hamstring injury from Week 5 bothered him for the rest of the season.

Regardless, Fuller is a really good prospect and his 45 receiving yards per game as a 22-year-old rookie is nothing to scoff at. At a cheap price of WR62, Fuller is already second in line for targets on his team. It helps that the Texans are ready to remove him from punt returns to focus on playing WR.

Drafted as WR72, J.J. Nelson is currently listed as the third wide receiver on the Cardinals’ depth chart. A speed-demon, Nelson was extremely productive when filling in for Michael Floyd last season.

John Brown is expected to be the Cardinals’ No. 2 wideout but injuries could create opportunities for the explosive Nelson. While it’s hard to draft Nelson in shallow leagues, he’s a player for astute owners to keep an eye on.