Wide Receivers Who Could Break Out with an Opportunity in 2018

It’s no secret that injuries are a huge part of fantasy football. The NFL is a violent game which leads to players getting injured and their backups receiving an opportunity to make an impact. Good prospects are more likely to break out than others when they receive an opportunity.

Below are three wide receivers, drafted outside the top 50 at their position, that could make a big impact if presented with the opportunity.

Despite being undrafted in 2015, Meredith is an impressive athlete. Listed at 6 feet 3 inches and 207 pounds, he ran a 4.42 forty at his pro day. That height/speed combination gives him a Freak Score of 68. While pro day times are often favorable to the player, none of the elite prospects in the 2017 draft scored at that level.

His other athletic measures were also strong. Per our friends at Player Profiler, Meredith recorded an impressive 129.8 burst score (87th percentile) and 10.83 agility score (88th percentile). Meredith has the athleticism to be more than a flash in the pan.

In 2016, Meredith broke out on the Bears. He caught 66 passes for 888 yards and four touchdowns. He actually outperformed Alshon Jeffery that season.

Unfortunately, Meredith tore his ACL in the Bears 2017 training camp – missing the entire 2017 season. This offseason he signed with the Saints and avoided the active/PUP list to begin camp. The Times-Picayune’s Josh Katzenstein believes Meredith is the “best bet” for the Saints’ No. 2 receiver job.

We liked Kenny Golladay before he had a promising rookie year, but now it’s even easier to like him. Golladay combined impressive production (41.8 percent college dominator rating), a solid breakout age (19.8 years old), and promising athleticism (84th percentile SPARQ score).

As a rookie, he was a valuable member of the Lions’ passing attack when he was healthy. 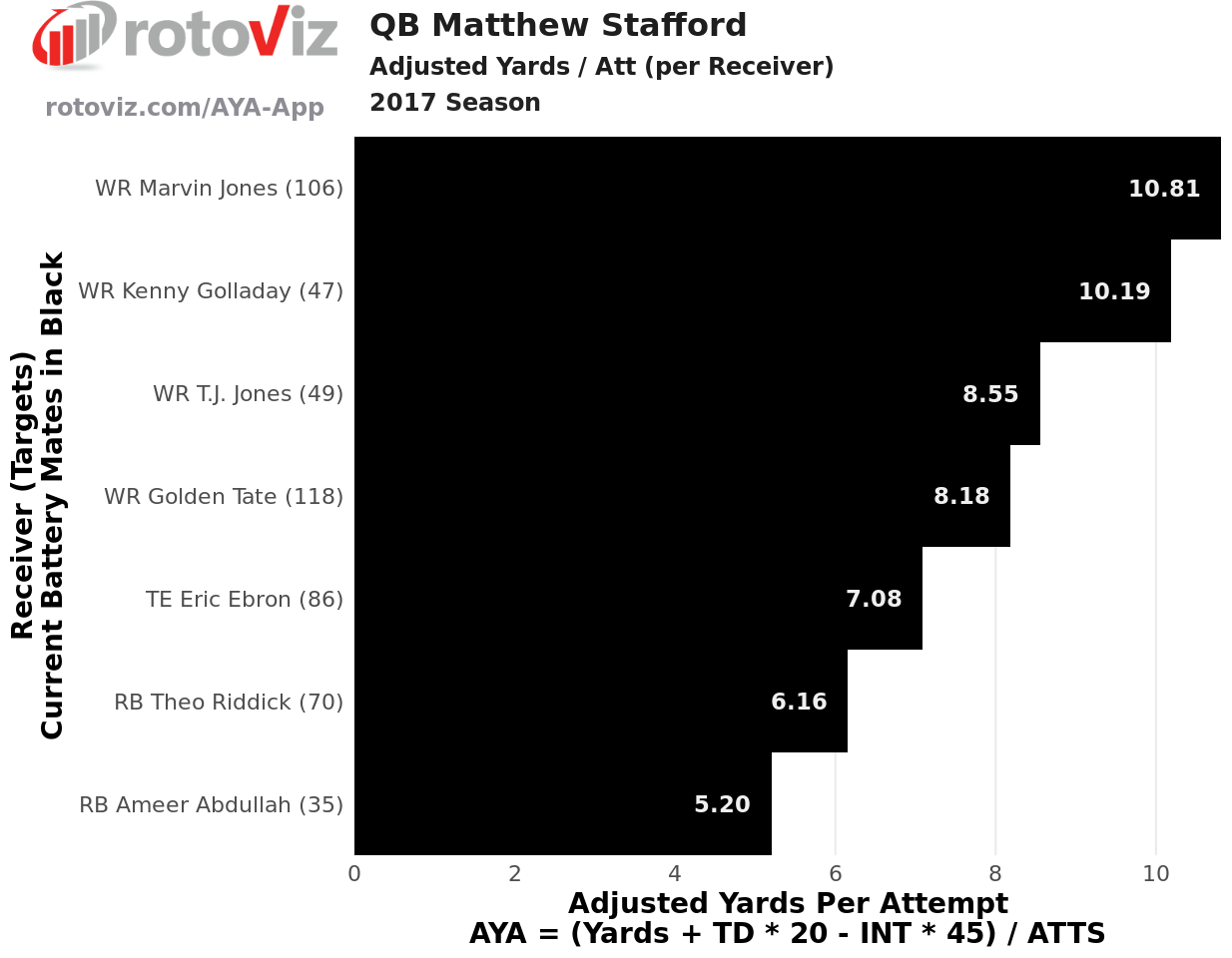 Second-year breakouts are common and with Eric Ebron gone, Golladay is slotted for a bigger role. The Lions’ official website reports Golladay “looked like a veteran on the first day of minicamp.” Lions WR Golden Tate said about Golladay, “I’m telling you, this guy can be dominant. He’s a WR1 kind of guy.”

If Tate or Marvin Jones were to go down, Golladay looks likely to have the volume to be a WR2.

When Keenan Allen went down in Week 1 of 2016, Tyrell Williams had his first opportunity to break out. Despite it being just his second season, Williams finished as WR19 – outscoring studs DeAndre Hopkins and Allen Robinson.

Williams had a huge impact on fantasy teams that picked him up for free and received solid production. He is actually Rivers’ most targeted wide receiver over the past two seasons. 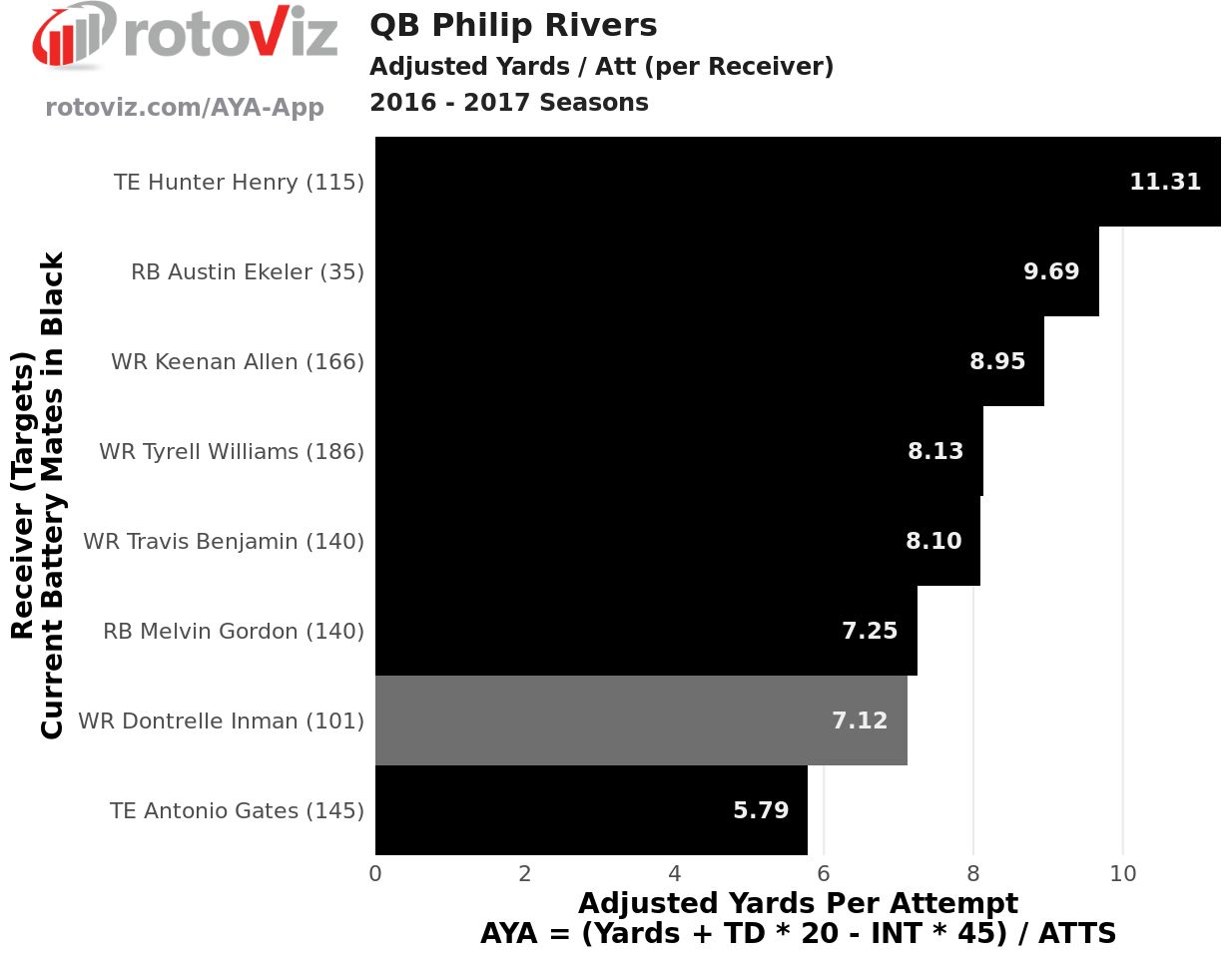 Per our friends at Player Profiler, Williams is also a very good athlete.

With Hunter Henry out for the season, Williams may already have enough of a market share to be productive for fantasy purposes.

Another fantastic athlete is Chris Godwin.

Pairing his solid athleticism, with a good dominator rating (34.9 percent) and early breakout age (19.5 years old), there are a lot of reasons to like Godwin. He looks a lot like Roddy White as a prospect.

Below is where is player is currently being selected in MFL10 drafts.